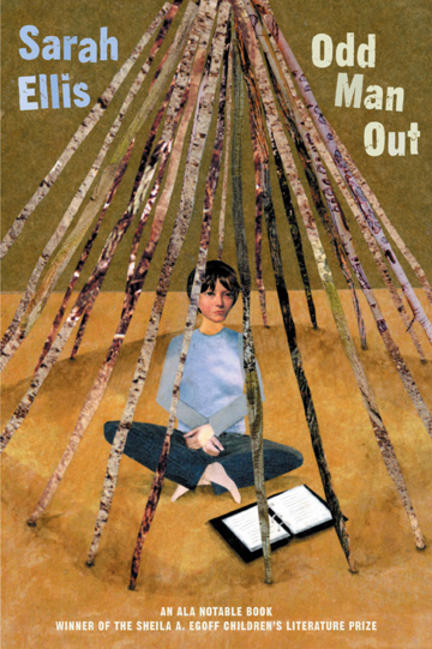 Kip is spending the summer with his grandmother and his five eccentric girl cousins, including Emily, who thinks she's a dog. Gran's house is about to be demolished, so anything goes, whether it's drawing maps on the walls or sawing off the knob at the bottom of the banister for a smoother ride.

When Kip bashes through an old closet, he discovers the binder his late father kept as a teenager. He's bewildered by what he finds: puzzling lists, hair samples, old newspaper clippings and business cards -- all accompanying a confidential report written by a mysterious young operative who is carrying out a secret plan to infect teenagers with a cell-altering virus.

This wonderful novel has all the Sarah Ellis hallmarks -- quirky characters, insight and wit -- underpinned by resonant themes of family, memory and the creative imagination.

Upcoming from Sarah Ellis in May 2014

Outside In: Eight years after the publication of Odd Man Out, Sarah Ellis returns to Groundwood Books with a highly anticipated new novel about family, friendship, materialism and beauty.