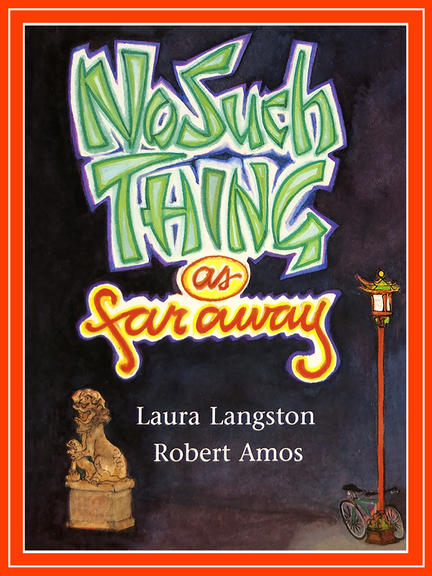 Michael loves living in Chinatown. He loves the shops, the alleys and the restaurants. But most of all, he loves the people of Chinatown: the grocers and cooks, the men who sit on the benches outside, the old women who play Mah Jong inside, and his best friend, Grandpa Doc, the old herbalist. One day Michael's mother tells him they are going to move. He is devastated. How can he leave? Chinatown has always been his home. The wise old herbalist promises to bring him back for visits and reminds him that "there is no such thing as far away, not when you carry a place with you." And as Michael adjusts to a new home, he learns that the sights and sounds of his beloved Chinatown are really not so far away after all.

Robert Amos has painted thousands of pictures of the urban landscape and specializes in commissioned paintings of homes and gardens. He writes a weekly column, "On Art," published in the Times Colonist, and is the author (and illustrator) of seven books about Victoria, including , Artists in their Studios: Where Art is Born, and Inside Chinatown: Ancient Culture in a New World. Robert has recently been the artist in residence at the Fairmont Empress Hotel and is an Honorary Citizen of Victoria. He was elected to the Royal Canadian Academy of Arts in 1995. Robert lives in downtown Victoria, British Columbia. Please visit Robert's website at robertamos.com.

Other titles by Robert Amos

Emily Carr As I Knew Her

Out and About in Victoria's Neighbourhoods

Ancient Culture in a New World

Artists in their Studios

Where Art is Born