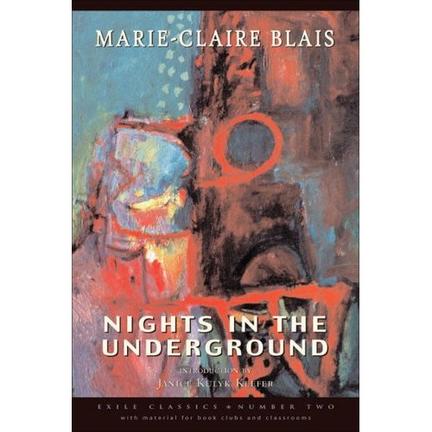 Through Genevieve?a woman struggling with an idealistic vision of love?a door is opened into the lives of the characters through which Marie-Claire Blais came to the forefront of feminism in Canada. Night after night in a club called The Underground, Genevieve and her friends live out their loves and their tragedies apart from the day-to-day life of the city. Each glance, each embrace, and each ensuing encounter weaves a profound matrix of human isolation, with transcendence found in the healing power of love.

MARIE-CLAIRE BLAIS is the internationally revered author of more than twenty-five books, many of which have been published around the world. In addition to the Governor General's Literary Award for Fiction, which she has won four times, Blais has been awarded the Gilles-Corbeil Prize, the Médicis Prize, the Molson Prize, and Guggenheim Fellowships. She divides her time between Key West, Florida, and Quebec.

"A generous book which excites the interest and makes me think . . . a very good book!"  “Jacques Ferron, Au Devoir

Other titles by Marie-Claire Blais

Mai at the Predators' Ball

Other titles by Janice Kulyk Keefer