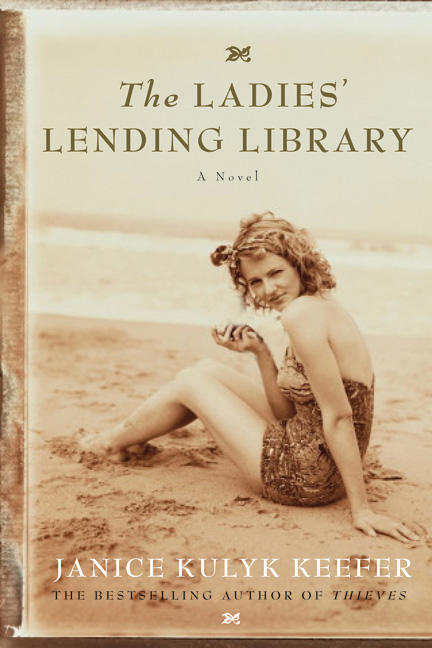 From one of Canada’s most accomplished novelists, a bittersweet tale about mothers, daughters, friends and lovers in 1960s cottage country.

In the summer of 1963, the year of the release of Cleopatra, the most sensational movie ever made, the women of Kalyna Beach prepare for their annual end-of season party. Sonia Martyn and her four daughters are part of a group of first generation Ukrainian Canadians, newly minted middle-class families claiming their small part of the cottage-country dream. With their husbands away in the city all week, the women’s days are ruled by the predictable rhythms of children and chores, lightened by the “racy” books they trade amongst themselves and by their Friday afternoon gatherings for gin and gossip, heightened by their obsession with the deliciously scandalous love affair between Elizabeth Taylor and Richard Burton.

Their tightly bound world is straining with its own dramas and secrets. Sonia, a former fashion model, mourns the death of her mother and fights with her difficult eldest daughter. Elusive Nadia, the wife of a millionaire, longs for a life she cannot have. Sharp-tongued, sophisticated Sasha plays a dangerous game in both challenging and shoring-up the traditional Ukrainian community and its defining values. And for adolescent Laura, her sisters and their friends, the rifts and fissures that appear in the once impregnable “world of the mothers” will unleash a startling series of betrayals and discoveries. For this is the summer when everything will change for the girls and women of Kalyna Beach, as innocence is exchanged for a new understanding of the possibilities open to them all.

In setting her characters against the backdrop of the turbulent sixties, Janice Kulyk Keefer creates a radiant portrait of women caught between countries, cultures and aspirations. Richly evocative, beautifully told, The Ladies’Lending Library will resonate with more than women and book club members; it’s a story for anyone who has longed for the sweet and heady days of bygone summers and the risky promises of change.

"Pull up a Muskoka chair and enjoy a juicy summer read." (Glow.ca)

Other titles by Janice Kulyk Keefer

Nights in the Underground