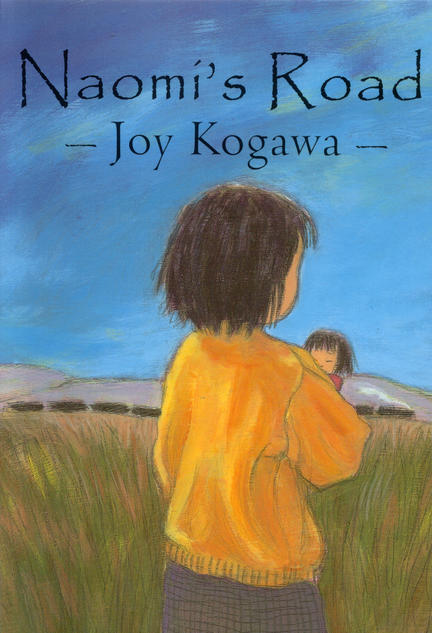 First published to critical acclaim in 1986, Naomi's Road is the story of a girl whose Japanese-Canadian family is uprooted during the Second World War. Separated from their parents, Naomi and her brother Stephen are sent to an internment camp in the interior of British Columbia. For the young girl growing up, war only means that she can no longer return to her home in Vancouver, or see her parents. Told from a child's point of view and without a trace of anger or malice, Naomi's Road has been praised as a powerful indictment of the injustice of war and the government's treatment of Japanese-Canadian citizens, both during and well after World War II.

This new edition is based on an expanded version of the story published in Japan. In it, Kogawa brings in more of the extended family and answers the question so often asked by fans of the original book: What happened to Naomi's mother? With a historical note and a new ending, cover, and interior drawings by popular children's illustrator Ruth Ohi, this book will be an absolute must for owners of the original as well as a whole new generation of young readers.

"The story of Naomi as told in these two books is a great way to introduce children to the history of Japanese Canadians. Both books are illustrated with delicately wrought images by Ruth Ohi. Naomi's Tree, in particular, carries the motif of the cherry tree and blossoms throughout the story in a subtle but reinforcing manner. Both books symbolically contain images of the older Naomi encountering the cherry tree late in her life. Fraught and difficult as life was for Naomi, she is given great strength and courage in the gifts of love she receives from her family despite the absence of her mother. She learns to battle the inherent racism of the time with patience and understanding."
— PaperTigers.org