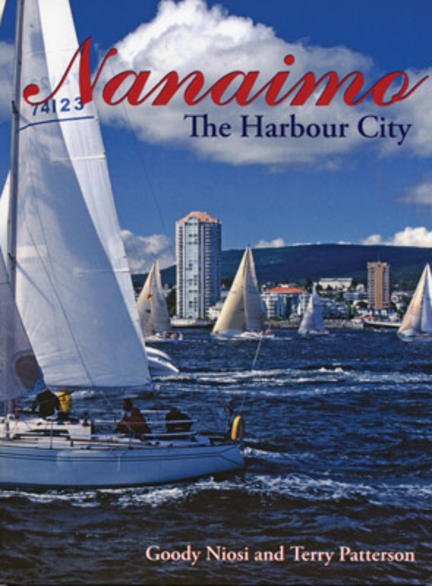 Nanaimo is one of Canada's fastest-growing communities. Positioned beside a stunning and vibrant harbour, where the sight of seaplanes, fishboats, ferries, kayaks and sailboats paints an ever-changing seascape, Nanaimo is a city blessed with spectacular natural beauty, a vivid commercial history, cultural diversity and a vibrant attitude towards the future. Through Goody Niosi's broad knowledge of Nanaimo and its surroundings and through the discerning vision of local photographer Terry Patterson, Nanaimo: The Harbour City captures the human spirit and broad landscape that have clearly marked this place as being special.

Designed to be a treasured keepsake for locals and visitors alike, this elegant, colourful visitor guide showcases the cultural fabric, arts community, recreational activities, tourism amenities, transportation links and shopping options that have made Nanaimo the premier trading centre of Vancouver Island's inland coast. Nanaimo also describes walking tours in and around the city's historic centre and in neighbourhoods that shed light on Nanaimo's fascinating past and its growth from small Aboriginal settlement to thriving city and modern-day playground.

Born in Karlsruhe, Germany, in 1949, Goody Niosi immigrated to Canada at age five and grew up in Ontario. Although she promised herself at age 10 that she would be a writer when she grew up, she didn't pursue that career until she was 49. Her first career was in the film industry, working as a film editor in Vancouver and Toronto. She also managed to travel around the world once and explore Europe several times. Goody writes for the Nanaimo Daily News, Harbour City Star and other publications, and lives above a country stable with her two dogs. She loves the outdoors and is involved in various community activities.

Terry Patterson was born in Manitoba and began his studies in photography at Camosun College in Victoria, BC, in 1977. After graduating he moved to Calgary, Alberta, where he worked as a commercial photographer for four years. In 1985 he settled in Nanaimo, BC, where he works and runs a small image bank. Terry now lives just south of Nanaimo in rural Yellow Point with his partner, Eve, and her collection of assorted critters.

Other titles by Goody Niosi

The Story of Merve Wilkinson and Wildwood

The Art and Gardens of Grant Leier and Nixie Barton

Recipients of the Order of British Columbia