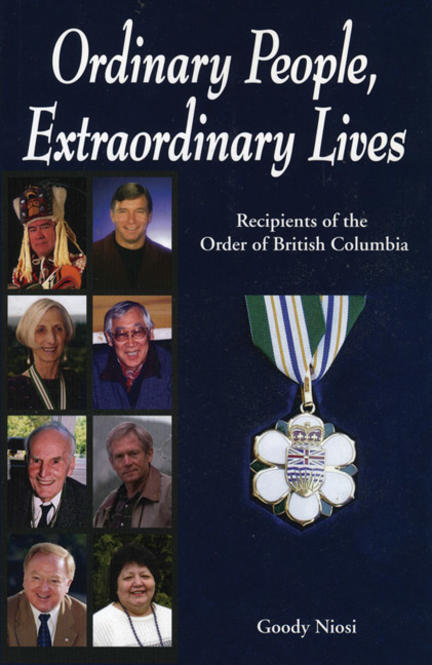 The Order of British Columbia was established in 1989 to recognize and honour ordinary citizens who have made a difference in the lives of others.

Born in Karlsruhe, Germany, in 1949, Goody Niosi immigrated to Canada at age five and grew up in Ontario. Although she promised herself at age 10 that she would be a writer when she grew up, she didn't pursue that career until she was 49. Her first career was in the film industry, working as a film editor in Vancouver and Toronto. She also managed to travel around the world once and explore Europe several times. Goody writes for the Nanaimo Daily News, Harbour City Star and other publications, and lives above a country stable with her two dogs. She loves the outdoors and is involved in various community activities.

Other titles by Goody Niosi

The Story of Merve Wilkinson and Wildwood

The Art and Gardens of Grant Leier and Nixie Barton