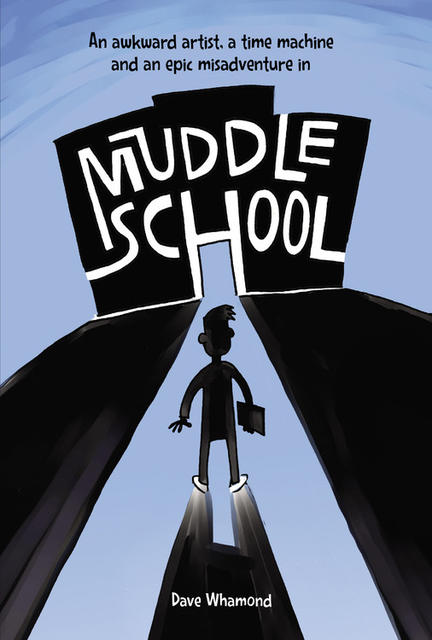 For every adolescent who's ever believed they're all alone in their misery, here's a hilarious graphic novel about a new kid awkwardly trying to navigate the social pressures of making friends, dealing with crushes, avoiding bullies --- a.k.a. middle school!

Dave doesn't have high hopes for himself on his first day at a new school in a new town called Muddle. But he has no idea just how bad things are going to be. Getting knocked into a mud puddle by a trio of bullies. Having his secret crush revealed to the entire math class. And then that snot bubble ... No, Dave is totally not killing it at Muddle School. He may just have to resign himself to dorkdom, content with drawing in his sketchbook to deal with life. But then Dave begins working on a time machine for the science fair and he gets a brilliant idea. What if he goes back in time to that first day of school? What if he has a redo, and avoids doing all the dumb and embarrassing stuff he did? Could that turn everything around for him? Could Dave actually become ... cool?

Multiple-award-winning writer, illustrator and cartoonist Dave Whamond's laugh-out-loud funny and irreverent graphic novel is based on his own experiences in middle school, complete with some of his childhood musings and drawings included in the pages. Ultimately, it's a positive story with a relatable and lovable main character that encourages readers to believe in themselves --- including their own weirdness! --- and pursue their dreams. The graphic novel format and visual hilarity are perfect for engaging reluctant readers. This book offers character education lessons in adaptability and perseverance, and spot-on lessons in self-awareness.

DAVE WHAMOND is the creator of Oddrey and My Think-a-ma-Jink, both winners of the Blue Spruce Award. He illustrated the Robert Munsch book Braids! He also has a syndicated cartoon strip called Reality Check, which appears daily in a number of North American newspapers. Dave lives in Calgary, Alberta.

Muddle School is a book with a message, but one that is so well weaved into the zany comic story that most kids won't let that bother them.

Should help readers muddle through middle school themselves.

For students who enjoy “slice-of-life” funny realistic graphic novels this new book will be a hit.

Other titles by Dave Whamond