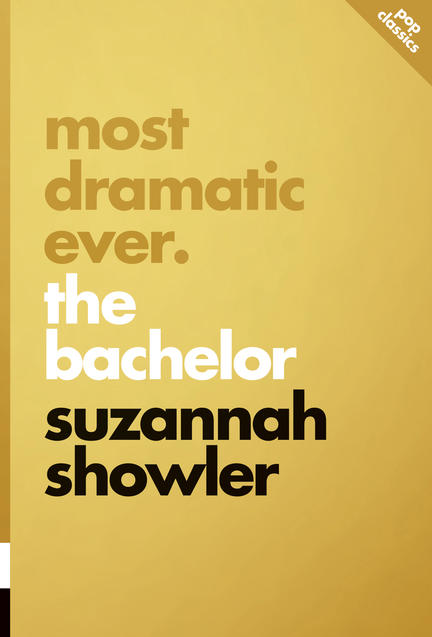 The right reasons to fall in love with The Bachelor

When it debuted in 2002, The Bachelor raised the stakes of first-wave reality television, offering the ultimate prize: true love. Since then, thrice yearly, dozens of camera-ready young-and-eligibles have vied for affection (and roses) in front of a devoted audience of millions. In this funny, insightful examination of the world’s favorite romance-factory, Suzannah Showler explores the contradictions that are key to the franchise’s genius, longevity, and power and parses what this means for both modern love and modern America.

She argues the show is both gameshow and marriage plot — an improbable combination of competitive effort and kismet — and that it’s both relic and prophet, a time-traveler from first-gen reality TV that proved to be a harbinger of Tinder. In the modern media-savvy climate, the show cleverly highlights and resists its own artifice, allowing Bachelor Nation to see through the fakery to feel the romance. Taking on issues of sex, race, contestants-as-villains, the controversial spin-offs, and more, Most Dramatic Ever is both love letter to and deconstruction of the show that brought us real love in the reality TV era.

Suzannah Showler holds an MA in Creative Writing from the University of Toronto. Her writing has appeared in The Walrus, Hazlitt, and The Puritan.

“A vivid and enthused collection of extended essays on the show … full of such offhand sparklers.” — New York Times

“[Showler] studies the show using the tools of literary analysis, treating it as a text whose form provides meaning.” — The New Yorker

“Essential to a better understanding of one of the most popular, longest-running shows of the past decade and a half.” — Globe and Mail

“Most Dramatic Ever … contains fresh theories and excellent analysis of the show. It’s a very sophisticated reading of how the mashup between the dating show and the game show has reached its fruition on the Bachelor.” — LA Review of Books

“Showler is incisive and witty about the show’s peculiar idiom — which relies on an alternation between intimate one-on-one disclosures and very public group dates … Showler is especially astute on the cultural moment of which the show is a distillation.” — Event Magazine

Other titles by Suzannah Showler