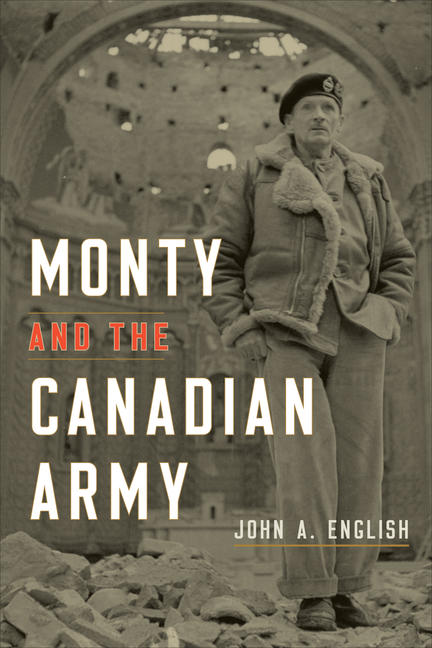 General Bernard Law Montgomery, affectionately known as "Monty," exerted an influence on the Canadian Army more lasting than that of any other Second World War commander. In 1942 he assumed responsibility for the exercise and training of Canadian formations in England, and by the end of the war Canada’s field army was second to none in the practical exercise of combined arms.

In Monty and the Canadian Army, John A. English analyses the way Montgomery’s operational influence continued to permeate the Canadian Army. For years, the Canadian Army remained a highly professional force largely because it was commanded at almost every lower level by "Monty men" steeped in the Montgomery method. The era of the Canadian Army headed by such men ceased with the integration and unification of Canada’s armed forces in 1964.

The embrace of Montgomery by Canadian soldiers stands in marked contrast to largely negative perceptions held by Americans. Monty and the Canadian Army aims to correct such perceptions, which are mostly superficial and more often than not wrong, and addresses the anomaly of how this gifted general, one of the greatest field commanders of the Second World War, managed to win over other North American troops.

John A. English served thirty-seven years in the Canadian Army and earned a Ph.D in military history. He has taught at the U.S. Naval War College. He lives in Kingston, Ontario.

Other titles by John A. English

Fighting The Waffen Ss In Normandy

by (author) John A. English