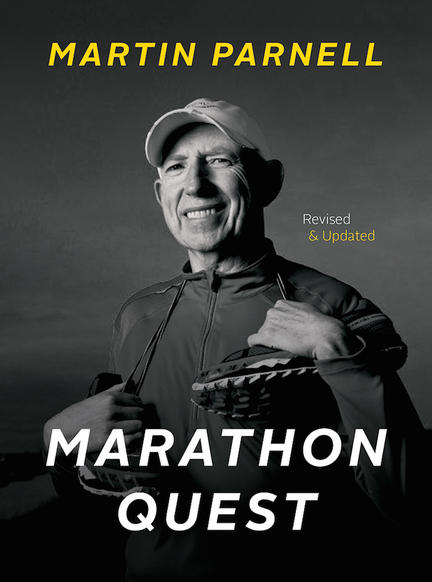 An engaging and incredible true story detailing the early days of Martin Parnell's dream to share the healing power of sport with disadvantaged children around the world.

In 2005, during a four-month cycling trip through Africa, Martin Parnell was struck by the power of sport and its ability to bring people together and bring about change. Five years later the 55-year-old mining engineer, husband, father and grandfather dedicated a year of his life to run 250 marathons with the aim of raising $250,000 for the charity Right To Play, an international humanitarian organization that reaches out to disadvantaged children around the world. In the end, Martin’s “Marathon Quest 250” raised $320,000 for the charity, and he personally visited 60 schools, inspiring thousands of children to get active in order to help the less fortunate at home and abroad.

In Marathon Quest, Martin gives honest and often humorous insight into why an ordinary person would attempt to do something extraordinary, pushing themselves to the limit, both mentally and physically, in pursuit of their goal to make the world a better place.

Empowering Women and Girls in Afghanistan through Sport

Changing Lives Through the Power of Sport