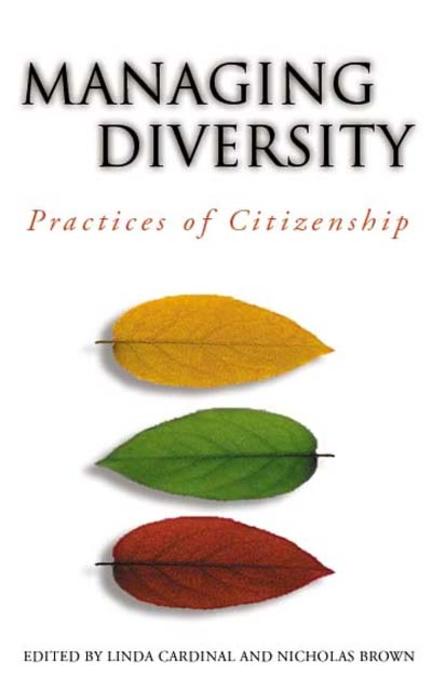 Australia, Canada, and Ireland are all engaged in questions of multiculturalism and in the politics of recognition and reconciliation, the opportunities and pressures of geographic regionalism, shifts in political agendas associated with the impact of neo-liberalism, and moves to frame political agendas less at the macro-level of state intervention and more at the level of community partnership and empowerment. In related but distinct ways, each state is being challenged to devise policies and offer outcomes that address an unfolding and unsteady synthesis of issues relating to citizenship, the role of nation-states in a 'borderless' world, and the management of economic change while preserving an enabling sense of national identity and social cohesion.

Analyzing issues ranging from urban planning and the provision of broadcasting services for minority languages, to principled debates over basic rights and entitlements, these essays offer penetrating summaries of each political culture while also prompting comparative reflection on the broad theme of "democracy and difference."

Linda Cardinal, C.M., MRSC, is Professor of Political Science at the University of Ottawa, and Research Chair in Canadian Francophonie and Public Policies. She is a former Craig Dobbin Chair of Canadian Studies at University College, Dublin. She is the author or editor of many books, including From Subjects to Citizens: A Hundred Years of Citizenship in Australia and Canada, and Une tradition et un droit : Le Sénat et la représentation de la francophonie canadienne (PUO-UOP, 2017). She is Knight of the Ordre des Palmes Académiques de la République française (2013), and winner of the Bernard-Grandmaître Award (2017).

Nicholas Brown is a senior research fellow in the History Program, Research School of Social Sciences, Australian National University, working in part with The Australian Dictionary of Biography and the National Museum of Australia. His publications include Governing Prosperity: Social Analysis and Social Change in Australia in the 1950s and Richard Downing: Economics, Advocacy and Social Reform.

Other titles by Linda Cardinal

From Subjects to Citizens

A Hundred Years of Citizenship in Australia and Canada

Constitutionalism and Society in Australia and Canada