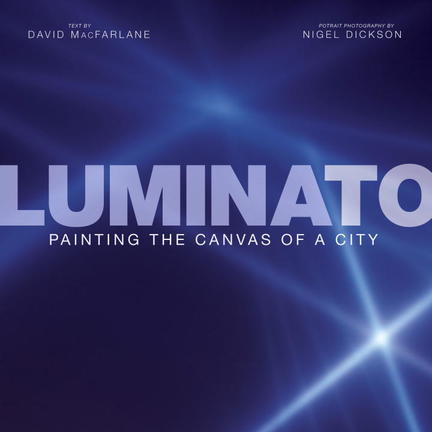 "Luminato began as a dream," said its co-founder, David Pecaut, "-- a dream that each year Toronto would invite the world to join us in celebrating creativity." And from its first season, in 2007, the annual June festival has set out to do exactly that. An annual multi-disciplinary celebration of theatre, dance, music, literature, food, visual arts, fashion and film, Luminato has become known for its free, widely accessible events and "accidental encounters with art." In five short years, the festival has drawn local, national, and international talent and showcased the work of both emerging and established artists. Written by acclaimed author David Macfarlane, this visually stunning book celebrates the festival's originality and creativity. It features more than 250 images from Luminato events and performances. An original portraits section by celebrated photographer Nigel Dickson highlights the contributions of the people who make Luminato happen: the volunteers, the artists, and the festival's supporters. In 2007, Luminato stepped into the cultural current of one of the most diverse and creative cities in the world. Toronto hasn't been the same since.

David Macfarlane is the author of the acclaimed family memoir of Newfoundland, The Danger Tree, which won the Canadian Authors Association Award for Non-Fiction in 1992. He began his career as a writer and editor with Weekend Magazine and has since been published in Saturday Night, Maclean's, Toronto Life, and Books in Canada. He is the recipient of eleven National Magazine Awards, the Sovereign Award for Magazine Journalism, an Author's Award for Magazine Writing, and a recent national newspaper award for his weekly column in The Globe and Mail. He has written and produced a documentary and won a Gemini for his television work. In 1999, Summer Gone was nominated for the Giller Prize and in 2000 it was the co-winner of the Chapters/Books in Canada First Novel Award.

NIGEL DICKSON is an international award-winning photographer whose work has been published by such magazines as Toronto Life, Details, Esquire, Saturday Night, Forbes, Business Week, The Globe and Mail, Rolling Stone, Time, Newsweek, Fortune, Weekend, Chatelaine, and Fast Company. He has won 16 National Magazine Awards (the most awarded to any artist in the Visual Design category’s history), 25 Art & Design Club Canada Awards, two international ANDY Awards, the Les Usherwood Award for Lifetime Achievement from the Art & Design Club of Canada, and a handful of others in both Canada and the United States. He lives in Toronto, Ontario with his wife and two children.

Other titles by David Macfarlane

Remembered in Bronze and Stone

The Figures Of Beauty

Other titles by Nigel Dickson