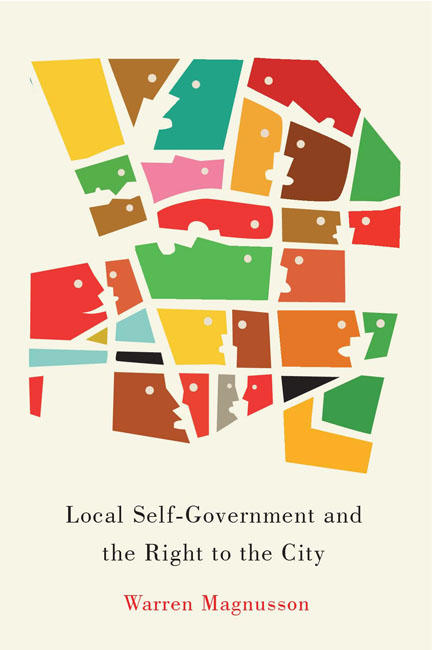 Despite decades of talk about globalization, democracy still depends on local self-government. In Local Self-Government and the Right to the City, Warren Magnusson argues that it is the principle behind claims to personal autonomy, community control, and national self-determination, and holds the promise of more peaceful politics. Unfortunately, state-centred thinking has obscured understanding of what local self-government can mean and hindered efforts to make good on what activists have called the "right to the city."

In this collection of essays, Magnusson reflects on his own efforts to make sense of what local self-government can actually mean, using the old ideal of the town meeting as a touchstone. Why cannot communities govern themselves? Why fear direct democracy? As he suggests, putting more trust in the proliferating practices of government and self-government will actually make cities work better, and enable us to see how to localize democracy appropriately. He shows that doing so will require citizens and governments to come to terms with the multiplicity, indeterminacy, and uncertainty implicit in politics and steer clear of sovereign solutions.

The culmination of a life’s work by Canada’s leading political theorist in the field, Local Self-Government and the Right to the City ranges across topics such as local government, social movements, constitutional law, urban political economy, and democratic theory.

WARREN MAGNUSSON is assistant professor in the Department of Political Science at the University of Victoria.

Other titles by Warren Magnusson

Reading the Global through Clayoquot Sound

The Search for Political Space