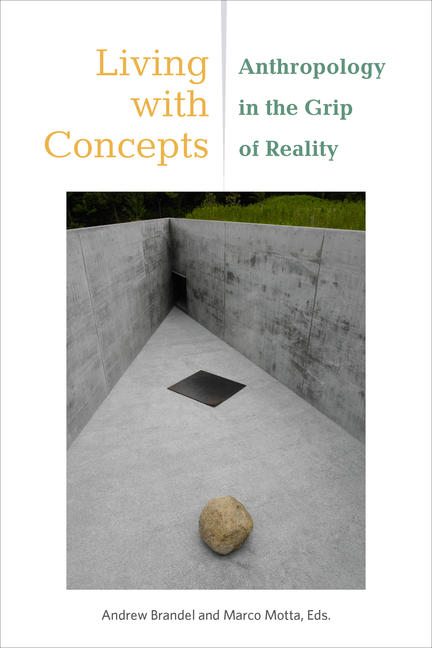 An interdisciplinary collaboration that explores what it means to live with concepts, rather than think of them as mere tools for analysis.

Andrew Brandel is Lecturer in Social Studies at Harvard University. He is completing work on an ethnographic monograph, A World of Cipher: Literature and Migration in Berlin, which examines the relationship between the movement of peoples and the movement of texts in Berlin, Germany. His current research focuses on the circulation of Buddhist texts through Europe. He also writes on the legacy of romanticism in anthropology and in ordinary language philosophy.

Marco Motta is Postdoctoral Research Fellow at the University of Bern. His first monograph – Esprits fragiles. Réparer les liens ordinaires à Zanzibar [Fragile Spirits: Repairing Ordinary Ties in Zanzibar] (BSN Press, 2019) – explores ritual healing practices and daily care among the urban poor in Zanzibar. He is currently doing research in Haiti on the intersections between legal and extrajudicial justice, ordinary violence, and mystical crimes. In addition, he is undergoing a critical examination of the inheritance of Wittgensteinian philosophy in anthropology.

Jocelyn Benoist is Professor of Philosophy at Université Paris 1 Panthéon-Sorbonne.

Michael Cordey is Assistant Diplômé in the Institut des Sciences Sociales at the Université de Lausanne.

Veena Das is Krieger-Eisenhower Professor of Anthropology and adjunct professor of humanities at the Department of Comparative Thought and Literature at the Johns Hopkins University. Her most recent books are Life and Words: Violence and the Descent into the Ordinary (2007), Affliction: Health, Disease, Poverty (2015), and Four Lectures on Ethics (coauthored, 2015). She has also edited or coedited several books on social suffering, living and dying in the contemporary world, and the relation between philosophy and anthropology. Das is a Fellow of the American Academy of Arts and Sciences, the Academy of Scientists from Developing Societies, and Corresponding Fellow of the British Academy. She has received honorary doctorates from the University of Chicago, University of Edinburgh, University of Bern, and from Durham University. In 2015, she received the Nessim Habib Prize from the University of Geneva.

Rasmus Dyring is Assistant Professor of Philosophy at Aarhus University.

Michael D. Jackson is a New Zealand poet and anthropologist who has taught in anthropology departments at Massey University, the Australian National University, Indiana University Bloomington, and the University of Copenhagen. He is a religion professor at Harvard Divinity School in Cambridge, MA, USA.

Michael Lambek is a professor of anthropology and the Canada Research Chair at the University of Toronto Scarborough. He has edited Ordinary Ethics and A Companion to the Anthropology of Religion, among many other works.

Sandra Laugier is Professor of Philosophy and Director of the Center for Contemporary Philosophy at Université Paris 1 Panthéon-Sorbonne.

Lotte Buch Segal is Lecturer on Cultural Anthropology at the University of Edinburgh.

Thomas Schwarz Wentzer is Professor of Philosophy and History of Ideas at Aarhus University.

Other titles by Michael D. Jackson

Other titles by Michael Lambek

The Villa Tugendhat and Its Family

Knowledge and Practice in Mayotte