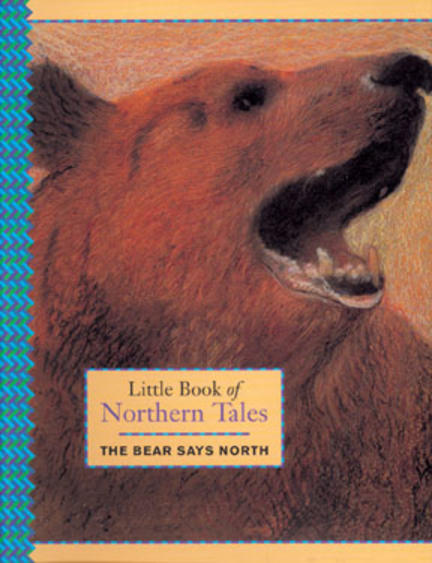 The stark beauty and mystery of the northern lands have always fascinated storyteller Bob Barton. Here he collects his favorite folk and fairy tales from Scandinavia, Russia and Canada's far north. Originally passed by word of mouth, most of these tales were at risk of being lost forever. Stories like the magical "The Reindeer Herder and the Moon" and the surprising "The Raven and the Whale" are ideal for reading aloud or alone. Jirina Marton's colorful paintings perfectly capture the spirit of these exotic lands and the timeless tales that honor them.

Bob Barton was born in Ontario. After years of teaching elementary school, he eventually began teaching in secondary. He later became an Education Officer and an Arts Coordinator with the Ontario Ministry of Education. He has been a teaching master at teachers’ college, a visiting author in the schools, a performer and a storyteller. Over the years he has published many children’s books, including The Bear Says North (2003) and Poetry Goes to School (2004). Barton has worked professionally as a storyteller for over thirty years, sharing his stories across Canada, the United States, and England. He is the recipient of many literacy and arts awards. Today he still sits on several boards which help promote literacy, but he doesn’t neglect his hobbies of cooking, reading, and gardening. Barton has two grown children and lives with his wife in Toronto.

Other titles by Bob Barton

This book is not about drama...

it's about new ways to inspire students

This book is not about drama…

…It's about new ways to inspire students

From Mother Goose to Shel Silverstein

Trouble on the Voyage

The Best and Dearest Chick of All

Storytelling and reading aloud in the classroom

How teachers can use shared stories in the new curriculum