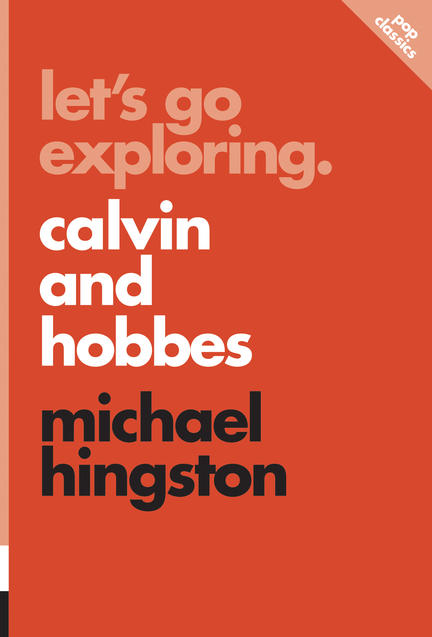 A fascinating investigation of a beloved comic strip

The internet is home to impassioned debates on just about everything, but there’s one thing that’s universally beloved: Bill Watterson’s comic strip Calvin and Hobbes. Until its retirement in 1995 after a ten-year run, the strip won numerous awards and drew tens of millions of readers from all around the world. The story of a boy and his best friend — a stuffed tiger — was a pitch-perfect distillation of the joys and horrors of childhood, and a celebration of imagination in its purest form. In Let’s Go Exploring, Michael Hingston mines the strip and traces the story of Calvin’s reclusive creator to demonstrate how imagination — its possibilities, its opportunities, and ultimately its limitations — helped make Calvin and Hobbes North America’s last great comic strip.

Michael Hingston is the books columnist for the Edmonton Journal. His writing has also appeared in the National Post, Alberta Views magazine, and McSweeney’s Internet Tendency. Born and raised in North Vancouver, Hingston now lives in Edmonton with his partner and two kids. The Dilettantes is his first novel.

“This book captures the joy and excitement at first discovering Calvin and Hobbes, and the wistful sadness that it is no more.” — Patton Oswalt

“Spelunking through the daily strips and digging into its impact, Hingston’s thorough survey of Watterson’s masterpiece of sequential art is already one of the great essays on the medium. This is the book Calvin & Hobbes loyalists have been waiting for.” — Lee Henderson, author of The Road Narrows As You Go

“It’s easy to let sentimentality and reverence colour opinion of the strip, but Hingston offers some refreshingly frank criticism . . . he builds the book out of the source material and existing interviews, and avoids getting too swept up in his own feelings for the strip.” — National Post

“Hingston does a great job of reconnecting, or introducing, readers to the popular comic strip and articulating the magnetism of its characters and key moments in Calvin and Hobbes’ history . . . it’s a lot of fun reading this smart, lively critique.” — Booklist Online

“Hingston’s book is a wonderful read for fans and neophytes alike, giving context and history to the strip that was and is a part of many people’s lives.” — The YYScene

Other titles by Michael Hingston

Try Not to Be Strange

The Curious History of the Kingdom of Redonda