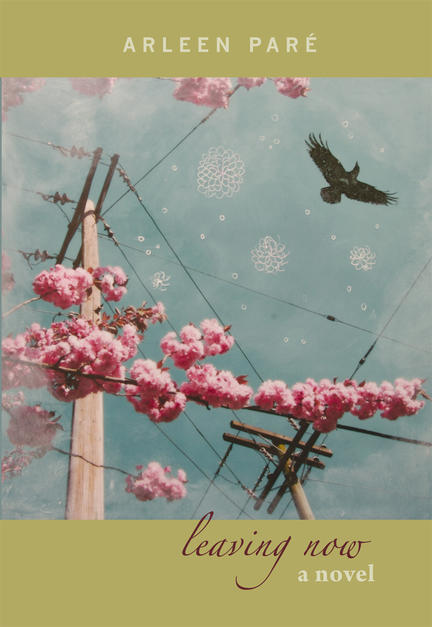 In Leaving Now Arleen Paré, winner of the 2008 Victoria Book Prize, weaves fable, prose and poetics to create a rich mosaic of conflicted motherhood. Set in the volatile 1970s and '80s, when social norms and expectations were changing rapidly, Leaving Now is the emotionally candid story of a mother's anguish as she leaves her husband to love a woman. In this second book, Paré masterfully blends aspects of her personal journey with her own version of a well-loved fairy tale. Gudru, the five-hundred-year-old mother of Hansel and Gretel, appears hazily in the narrator's kitchen—presumed dead, all but written out of her own tale, but very much alive. Gudrun spins a yarn of love, loss and leaving, offering comfort and wisdom to the conflicted young mother.

Raising children is not for the faint of heart; all parents know the anguish of parting from a child, even if for the briefest moment. Leaving Now is for mothers, fathers, sons and daughters. It is for anyone who has ever lived in a family.

Arleen Paré's First book, Paper Trail, was nominated for the Dorothy Livesay BC Book Award for Poetry and won the City of Victoria Butler Book Prize in 2008. Leaving Now, a mixed-genre novel released in 2012, was highlighted on All Lit Up. Lake of Two Mountains, her third book, won the 2014 Governor General's Award for Poetry, was nominated for the Butler Book Prize and won the CBC Bookie Award. Paré's poetry collection, He Leaves His Face in the Funeral Car, was a 2015 Victoria Butler Book Prize finalist. The Girls with Stone Faces, her fifth book, won the American Golden Crown Award for poetry in 2018. Her sixth book, Earle Street, was released in Spring, 2020. She lives in Victoria with her partner of forty years.

Paré is a past winner of the Victoria Butler Book Prize, and it is easy to see why. She moves seamlessly between poetry and prose in the pages of Leaving Now, writing with an obvious respect for language. By making the choice to incorporate as much poetry into the novel as she does, Paré limits the actual number of words that makes up her story. There is a significant amount of white space in an already slim book, so it is especially important that the right words are in the right spaces. It’s a job Paré has done very well.

Other titles by Arleen Pare

Time Out of Time

The Girls with Stone Faces

He Leaves His Face in the Funeral Car

Women who dare to defy society's expectations for them—for better or for worse.