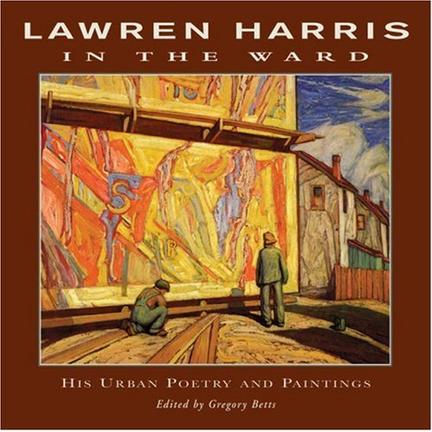 Bringing to life a snapshot of early North American urbanization, Lawren Harris’ modernist poetry and urban paintings are featured together for the first time in this unique historical journey. Including previously unpublished poems, this compendium offers a new view of his artistic period preceding the Group of Seven and presents an exciting window into Canadian urban space at the turn of the century. The juxtaposed poetry and paintings compliment each other to provide a unique view into the artistic workings as Harris confronted Toronto's cold underbelly—searching for a metaphor for the poverty that he encountered in the Ward's world.

Lawren Harris is a painter and a member of Canada's artistic group, the Group of Seven. Gregory Betts is an assistant professor at Brock University, where he teaches Canadian and avant-garde literature. He is the editor of After Exile: A Raymond Knister Poetry Reader, the acting editor of PRECIPICe literary magazine, and the author of Haikube and If Language. He lives in St. Catharines, Ontario.

Other titles by Lawren Harris