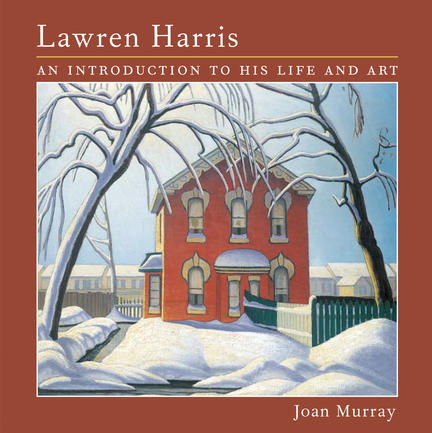 The illustrated account of the Group of Seven leader.

Lawren Harris was born into the enviable position of having the means to fully devote his life to his art. He was also born with vision, determination, and talent. As a result, Harris became the driving force and leading proponent of the Group of Seven. He was also an accomplished artist who captured the unique magnificence of Canadian life and landscape.

Born into the wealthy Harris family (of the Massey-Harris farm machinery company), Lawren was able to study art in Berlin and absorb the rich European art culture. Returning to Canada at 19, Harris quickly established himself as both an exciting new artist and the supporter of his fellow Canadian artists. Lawren became a founding member of the influential Arts and Letters Club in Toronto. He also purchased the now-famous studio on Severn Street to share with his friends and outfitted a railcar as a studio/living space that they used to tour Northern Ontario.

The art of Lawren Harris articulates a relentless enthusiasm for the Canadian North and his deeply-held spiritual beliefs. He constantly experimented with and explored the limits of his art. Though starting with a naturalistic approach, he eventually progressed to capturing more stylized expressions.

In this illustrated introduction to Harris's work, Joan Murray speaks eloquently about his art, life, and legacy. She traces his artistic development through the study of his paintings, drawing a lively picture of this energetic and charismatic individual who contributed so much to Canadian art.

Lawren Harris is a painter and a member of Canada's artistic group, the Group of Seven. Gregory Betts is an assistant professor at Brock University, where he teaches Canadian and avant-garde literature. He is the editor of After Exile: A Raymond Knister Poetry Reader, the acting editor of PRECIPICe literary magazine, and the author of Haikube and If Language. He lives in St. Catharines, Ontario.

An excellent overall view of the work of Lawren Harris... well written and complemented by beautiful color illustrations... enjoyable for both reading and browsing.

An intriguing account of the shaping of Harris's character and development of his art... Succinct but penetrating, this is an excellent first book for those not already familiar with the art of Lawren Harris or the Group of Seven.

This book is highly recommended because of the quality of the writing and reproductions.

A succinct but comprehensive look into Harris' life and work.

The Whale of Our Being

Other titles by Lawren Harris

Lawren Harris: In the Ward

His Urban Poetry and Painting