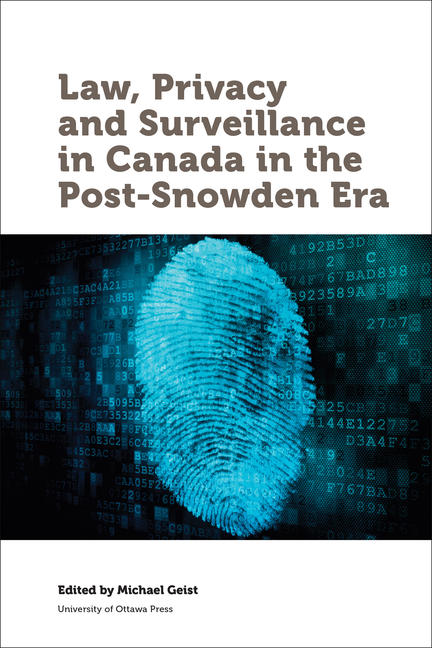 Years of surveillance-related leaks from US whistleblower Edward Snowden have fuelled an international debate on privacy, spying, and Internet surveillance. Much of the focus has centered on the role of the US National Security Agency, yet there is an important Canadian side to the story. The Communications Security Establishment, the Canadian counterpart to the NSA, has played an active role in surveillance activities both at home and abroad, raising a host of challenging legal and policy questions.

With contributions by leading experts in the field, Law, Privacy and Surveillance in Canada in the Post-Snowden Era is the right book at the right time: From the effectiveness of accountability and oversight programs to the legal issues raised by metadata collection to the privacy challenges surrounding new technologies, this book explores current issues torn from the headlines with a uniquely Canadian perspective.