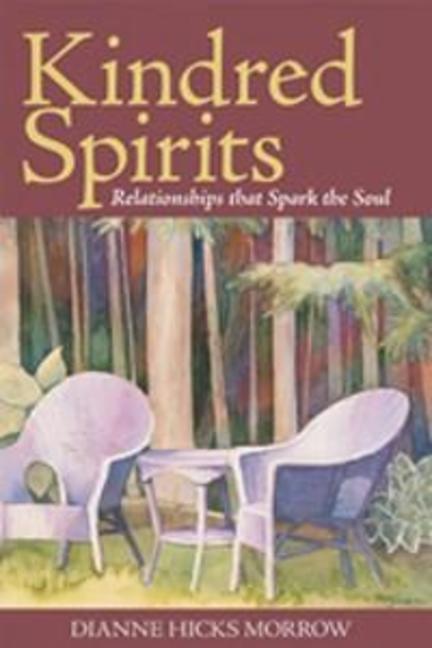 Who is your kindred spirit? Who kindles the fire in your soul?

Driven by curiosity about her own intense friendships and soul-to-soul connections, Dianne Hicks Morrow devoted the last 10 years to asking Atlantic Canadians these questions.

Biography: Dianne Hicks Morrow is an award-winning poet and a non-fiction writer who has called PEI home for over forty years. Her collection What Really Happened is This: A Poetry Memoir (Acorn Press 2011), won the 2012 PEI Book Award for Poetry. Long Reach Home (Acorn Press, 2002) contains poems that won a Milton Acorn Poetry Award and an Atlantic Writing Competition Poetry Award. Her non-fiction Kindred Spirits: Relationships that Spark the Soul (Acorn Press, 2005) includes interviews with PEI's new premier Wade MacLauchlan and his kindred-spirit partner Duncan McIntosh, as well as interviews with over twenty other Atlantic Canadians who talk about about the kindred spirits in their lives.

Dianne has enjoyed giving readings and workshops across Canada, as well as in Mexico and Australia. She teaches two popular courses, Writing from Life and Anyone Can Write a Poem, at PEI Seniors College. She received the Award for Distinguished Contribution to the Literary Arts on Prince Edward Island in 2008, and was appointed PEI Poet Laureate in 2013.

Other titles by Dianne Hicks Morrow

Fixing Up the Farmhouse

What Really Happened is This