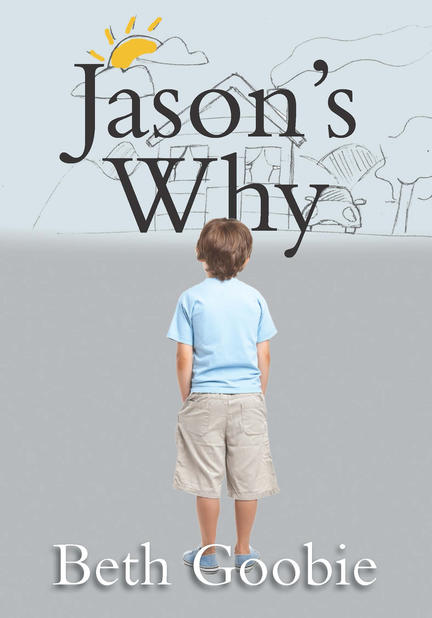 Jason's mom says he is a problem, and puts him in a group home. Now Jason has to live with boys and grown-ups he doesn't know. Jason thinks, Now I'm in a house that isn't my house. I watch their hands and feet. When hands and feet move fast, you're going to get hit. There's a big bubble of mad inside Jason. It makes him yell and throw things. Jason wants to be good and move home again, but the mad bubble just won't go away.

Told in first person, Jason's Why relates the story of a nine-year-old boy who has been sent to a treatment centre by his mother because she can’t handle him any longer. Jason is afraid that his mother is going to leave him in the home forever. He is afraid of trusting these strange new adults in his life. And he is worried about how his sister is doing at home without him.

Jason begins to realize that the people in the group home are not going to hurt him but care about his welfare, and that the principal in his new school is also a figure he can trust to care for his best interests. The kindness and care he starts to receive allows him to gain the courage to tell these new adults about his fears – despite his concern that his mother will not take him back.

In high school Beth Goobie studied and taught piano, wrote stories, and was the recipient of academic and citizenship awards. She worked for a year as a nanny in Holland, then moved to Winnipeg where she studied English literature at the University of Winnipeg (receiving the gold medal) and religious studies at the Mennonite Brethren Bible College. She has worked for many years with physically and sexually abused children and is concerned with issues surrounding the anger and powerlessness of those under legal age. Addressing these issues in her writing, she has published several novels for young adults, including Born Ugly, Mission Impossible, The Lottery and Before Wings, as well as poems and short stories for an adult audience in anthologies and magazines such as Fiddlehead, Malahat Review and Quarry. She lives in Saskatoon, Saskatchewan.

Other titles by Beth Goobie

The First Principles of Dreaming