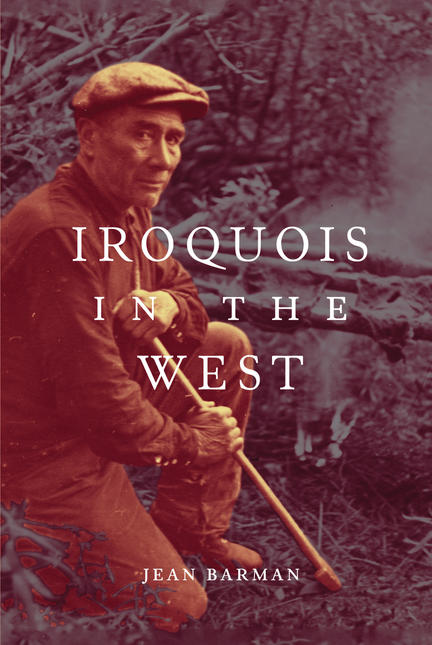 Two centuries ago, many hundreds of Iroquois – principally from what is now Kahnawà:ke – left home without leaving behind their ways of life. Recruited to man the large canoes that transported trade goods and animal pelts from and to Montreal, some Iroquois soon returned, while others were enticed ever further west by the rapidly expanding fur trade.

Recounting stories of Indigenous self-determination and self-sufficiency, Iroquois in the West tracks four clusters of travellers across time, place, and generations: a band that settled in Montana, another ranging across the American West, others opting for British Columbia and the Pacific Northwest, and a group in Alberta who were evicted when their longtime home became Jasper National Park. Reclaiming slivers of Iroquois knowledge, anecdotes, and memories from the shadows of the past, Jean Barman draws on sources that range from descendants' recollections to fur-trade and government records to travellers' accounts. What becomes clear is that, no matter the places or the circumstances, the Iroquois never abandoned their senses of self.

Opening up new ways of thinking about Indigenous peoples through time, Iroquois in the West shares the fascinating adventures of a people who have waited over two hundred years to be heard.