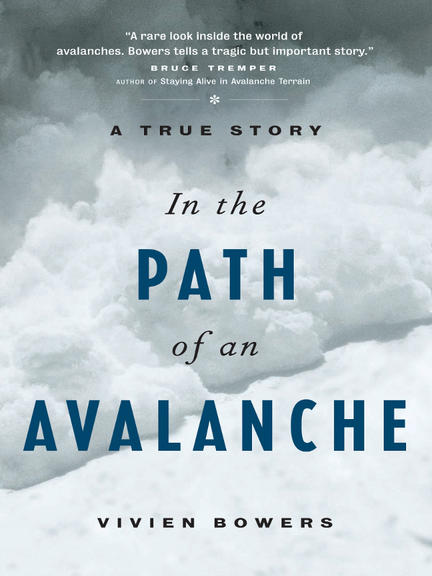 Adventurers from all over the world come to Canada's Selkirks -- a mecca for ski touring that offers unlimited mountain terrain and lots of snow. On a clear, cold morning in January 1998, six experienced back-country skiers set out across one of its heavily loaded slopes and were caught in a Class 3 avalanche, burying all of them in its path. Vivien Bowers takes us through the tragic series of events, focusing on one of the young women who perished in the slide, and the avalanche's aftermath. Bowers tells of the arduous search-and-retrieval effort, the ""big-city"" media invasion, and how the victims' family and friends, and the inhabitants of a nearby small town, attempted to bring meaning and resolution to the tragedy.

Along the way Bowers illuminates a natural phenomenon that has threatened human endeavors throughout the world. Interwoven with the narrative is the science behind the event, including avalanche triggers and the complex process of avalanche prediction. Her book also raises unsettling questions about acceptable risk, about human fallibility, about living fully and dying young-and about what might entice a group of knowledgeable, experienced skiers to place themselves in the path of an avalanche.

Vivien Bowers appreciates kids' tireless curiosity, and satisfies it with high-energy non-fiction. With over 20 years of writing experience, she has garnered numerous awards and nominations. She is the author of Crazy About Canada! and That's Very Canadian! She lives in Nelson, BC, where she enjoys escaping to the wilderness to ski, hike, or canoe.

Other titles by Vivien Bowers

How Investigators Use Science to Track Down the Bad Guys

An Exceptionally Interesting Report About All Things Canadian