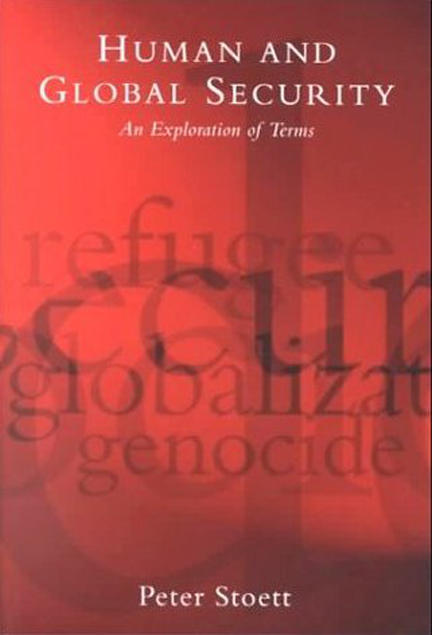 Employing a minimalist-maximalist framework - the minimalist interpretation applies to conventional and restricted legal definitions of a term, while the maximalist interpretation refers to broader conceptions of problems, often global in effect - Stoett argues that the acceptance of either perspective has profound conceptual and immediate praxiological implications. While the latter may tend to see security in terms of the state and governance within an international system, it is the former, more specific, interpretation that is suitable for policy analysis. Only varied understandings of the basic terms of global security, Stoett reasons, allow for widespread critical debate among both generalists and specialists.

The concluding chapter on globalization, with its attendant implications for the environment and population displacement, situates human and global security within the larger context of the historical process of expansionism. Human and Global Security provides a sophisticated, yet eminently readable account of contemporary security issues set against a backdrop of international relations theory. Its approach will appeal to a general audience as well as students and scholars.

Peter J. Stoett is Professor of Political Science at Concordia University in Montreal and Senior Research Fellow with the International Human Dimensions Programme on Global Environmental Change. In 2012 he was the Fulbright Visiting Research Chair in Canada-US Relations at the Woodrow Wilson International Center for Scholars. His other works include The International Politics of Whaling (1997), Human and Global Security: An Exploration of Terms (2000), Sustainable Development and Canada: National and International Perspectives (2001, co-author), Environmental Challenges and Opportunities: Local-Global Perspectives on Canadian Issues (2008, co-editor), and Global Politics: Origins, Currents, Directions (fourth edition 2010, co-author).

Other titles by Peter Stoett