Citing examples from folklore, as well as horror films, TV shows, and works of fiction, this book details ..."> 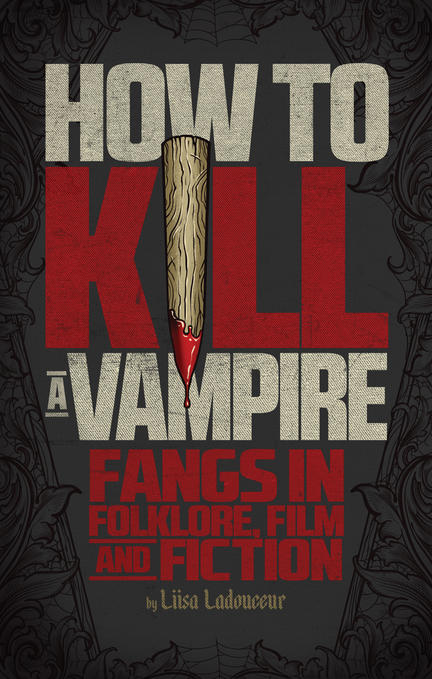 P style="MARGIN: 0in 0in 0pt" class=MsoNormal>Citing examples from folklore, as well as horror films, TV shows, and works of fiction, this book details all known ways to prevent vampirism, including how to protect oneself against attacks and how to destroy vampires. While offering explanations on the origins and uses of most commonly known tactics in fending off vampirism, the book also delves much deeper by collecting historical accounts of unusual burial rites and shocking superstitions from European history, from the “real” Serbian vampire Arnold Paole to the unique Bulgarian Djadadjii, a professional vampire “bottler.” It traces the evolution of how to kill the fictional vampire—from Bram Stoker’s Dracula and the Hammer horror films beginning in the 1950s to Anne Rice’s Lestat and the dreamy vamps of Twilight, True Blood, and The Vampire Diaries—and also celebrates the most important slayers, including Van Helsing, Buffy, and Blade. In exploring how and why these monsters have been created and the increasingly complex ways in which they are destroyed, the book not only serves as a handy guide to the history and modern role of the vampire, it reveals much about the changing nature of human fears.

Liisa Ladouceur is a lifelong vampire lover and journalist who covers horror and the dark side of culture for publications including Rue Morgue magazine. She is the author of Encyclopedia Gothica (2011) and lives in Toronto with a black cat.

"How to Kill a Vampire will haunt the dreams of everyone from cultural historians, to Twilight lovers to seasoned veterans of the horror genre. Get your stake, your garlic and maybe your hair clippers if you are going after a Malaysian Vampire. You’re in for a long and perilous night." —W. Scott Poole, author of Monsters in America

"Written with flair and energy, How to Kill a Vampire provides an exceptionally well researched exploration of the pursuit and destruction of vampires in folklore, fiction and film.  A great read!" —Elizabeth Miller, Dracula expert and author of Reflections on Dracula (1997), Dracula: The Shade and the Shadow (1998), Dracula: Sense & Nonsense (2000; rev 2006), A Dracula Handbook (2005), and Bram Stoker's Dracula: A Documentary Journey into Vampire Country and the Dracula Phenomenon (2009)

"Ladouceur’s writing… makes How to Kill a Vampire a full-on fun read. Her style is witty and jolly throughout, even when running down the litany of vampire suicide methods or describing how vampire babies tend to tear through their moms from the inside." —Mike Segretto, Psychobabble

“Contagiously enthusiastic about her chosen Subject—but also grounded about what is a fairy tale and a narrative trope—Ladouceur delivers in this brief, dense book.” —Publishers Weekly

"A crucial resource for any student of myth and legend, for writers and film-makers, and every fan of the world's favorite undead monster." —David Wellington, author of 13 Bullets

Other titles by Liisa Ladouceur