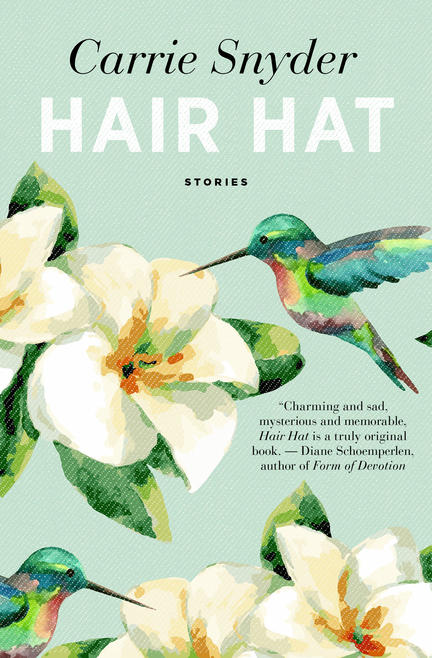 In these mysterious and wondrous stories, eleven disparate people — some of them related, some of them neighbours, glancing acquaintances, or even complete strangers — are transformed by a man with hair shaped like a hat.

The lives depicted here are familiar, observed in all their ordinary detail. There is an eight-year-old girl sent to visit her aunt while her mother gives birth; an irrepressibly nosy landlady; a mother on a beach outing with her two young children; a grandmother taking her infant grandson for a stroll in the park. They are going about their everyday routine when they encounter a man — who speaks to them or not, passes them on the street, is somehow seen by them all. In that moment a truth about their lives, who they are and are not, who they might be, is realized. Different to each of them, he makes perfect sense to them all. By turns a figure of forgiveness, of threat, even of love, eventually this elusive figure himself begins to be revealed.

With enormous subtlety and sly humour, Snyder unmasks rich and complex inner lives roiling just beneath the surface, lives of deep and unrequited yearning. Their singular encounters with the mysterious hair hat man begin to layer powerfully, one upon the other. Taken as a whole, Hair Hat enacts a deeply compelling human drama.