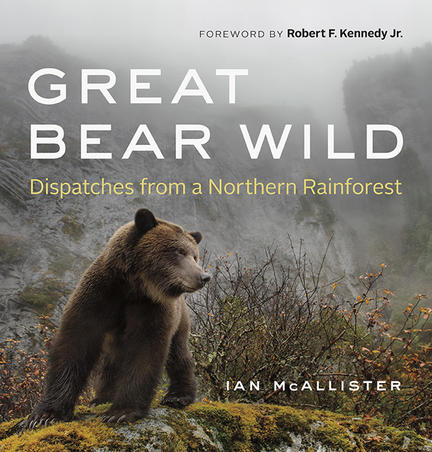 Ian McAllister, conservationist, photographer, and longtime Great Bear Rainforest resident, takes us on a deeply personal journey from the headwaters of the region’s unexplored river valleys down to the hidden depths of the offshore world. Globally renowned for its astonishing biodiversity, the Great Bear Rainforest is also one of the most endangered landscapes on the planet, where First Nations people fight for their way of life as massive energy projects threaten entire ecosystems.

In a not-so unusual day, McAllister quietly observes 27 bears fishing for salmon, three of which are the famed pure white spirit bear. This stunning collection of photographs and personal narrative is the product of twenty-five years of McAllister’s research, exploration, and campaigning for the spectacular area he calls home.

Robert F. Kennedy, Jr. serves as Chief Prosecuting Attorney for the Hudson Riverkeeper and was named one of Time magazine's ""Heroes for the Planet"" for his work in the fight to restore the Hudson River. Kennedy has worked on environmental issues across the Americas and has assisted several indigenous tribes in Latin America and Canada in successfully negotiating treaties protecting traditional homelands. His published books include Crimes Against Nature (2004), The Riverkeepers (1997) and his articles have appeared in The New York Times, The Washington Post, Los Angeles Times, The Wall Street Journal, Newsweek, Rolling Stone, Atlantic Monthly, Esquire, The Nation, Outside Magazine, The Village Voice, and many other publications."

"McAllister's breathtaking photographs from months spent deep in the Great Bear Rainforest give unprecedented access to one of the planet's wildest, most remote places." — Paul Nicklen, National Geographic photographer

"Through breathtaking photographs and moving prose, McAllister's Great Bear Wild presents a compelling case for the urgent need to protect, in perpetuity, one of the most magnificent ecosystems on the planet—the increasingly threatened Great Bear Rainforest." —Dr. Jane Goodall, UN Messenger of Peace

"Great Bear Wild is an urgent, eloquent call-to-arms from the heart of the BC coast that pays tribute to the staggering beauty and diversity of this unique region." —John Vaillant

Other titles by Robert Kennedy Jr.