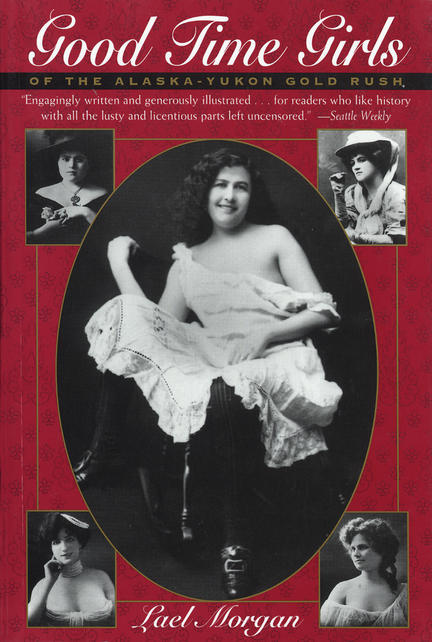 Morgan offers an authentic and deliciously humorous account of the prostitutes and other "disreputable" women who were the earliest female pioneers of the Far North.

Lael Morgan, was born in rural Maine and has lived more than half her life in the wilds. She started her writing career as a reporter for the Malden Press in Massachusetts. Later she became a photojournalist at the Juneau Empire in Alaskaâ??s capitol city, and then covered crime, politics and the old red light district for the Fairbanks News Miner just south of the Arctic Circle.

In 1968, Morgan began a five year stint at the Los Angeles Times, and then returned to the Far North for assignments with National Geographic, Washington Post, Christian Science Monitor and Alaska Magazine.

In 1988 she joined the Department of Journalism and Broadcasting, University of Alaska Fairbanks, where she taught writing, photography and multimedia for 12 years. In 1999 she became managing editor and later publisher of the Casco Bay Weekly, an alternative newspaper in Portland, Maine. Then, motivated by a low threshold of boredom, she moved south to Arlington, Texas, where she went to work for the Department of Communication, University of Texas Arlington.

Morgan has authored more than a dozen books, including Good Time Girls of the Alaska Yukon Gold Rush which in 1998 won her the title of Historian of the Year from the Alaska Historical Society. Art and Eskimo Power: The Life and Times of Alaskan Howard Rock, a book she wrote in 1988, was recently included in a listing stateâ??s best nonfiction books, and has been republished by University of Alaska Press.

Morgan is currently at work on a Montana-based book titled Madeleine and Her Sisters in Sin for Chicago Review Press.