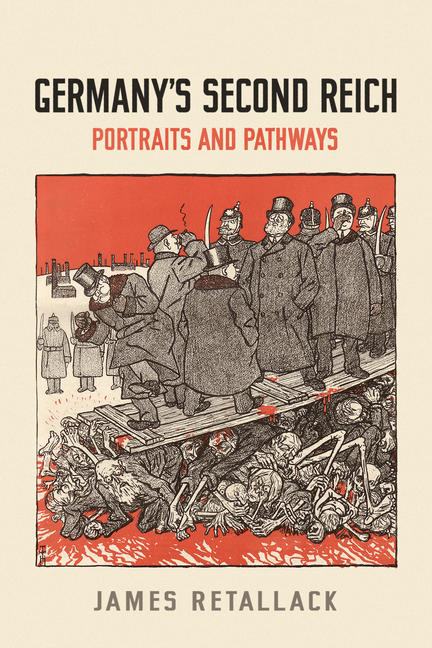 Despite recent studies of imperial Germany that emphasize the empire’s modern and reformist qualities, the question remains: to what extent could democracy have flourished in Germany’s stony soil? In Germany’s Second Reich, James Retallack continues his career-long inquiry into the era of Bismarck and Kaiser Wilhelm II with a wide-ranging reassessment of the period and its connections with past traditions and future possibilities.

In this volume, Retallack reveals the complex and contradictory nature of the Second Reich, presenting Imperial Germany as it was seen by outsiders and insiders as well as by historians, political scientists, and sociologists ever since.

‘This sparkling collection of essays focuses on the acute political and social tensions that wracked Germany from 1866 to 1918… This is a work in which a leading scholar brings fresh analytical insights to bear on the age of Bismarck and Wilhelm… Highly recommended.’

"Retallack’s collection of essays is marked by sharp and thoughtful analytical distinction, judicious and critical reflections on the work of colleagues in the field, and beautiful, clear writing."

‘This volume is a sprightly, critical introduction to the recent historiography of imperial Germany’s domestic politics.’

Other titles by James Retallack

Election battles and the Spectre of Democracy in Germany, 1860-1918

Localism, Landscape, and the Ambiguities of Place