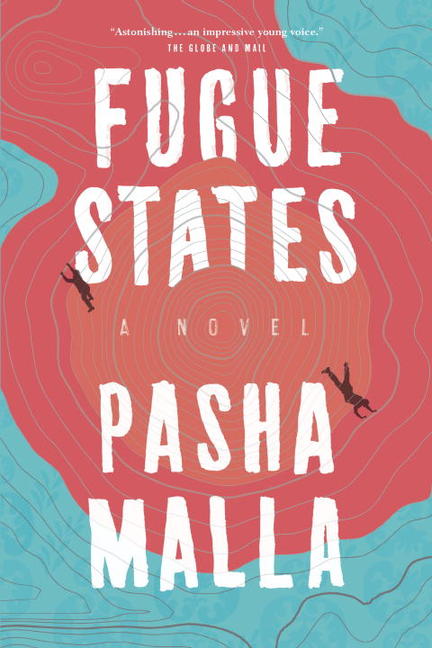 One of The Globe and Mail’s Best Books of 2017: A perfect mix of entertaining and edgy, Fugue States is a thought-provoking exploration of the first-generation Canadian experience from one of the more irreverent, inventive and daring minds writing fiction today
Fugue States begins as Ash Dhar, a thirty-something writer, opens his mouth to deliver a eulogy at a funeral—the funeral for his own father, a Kashmir-born doctor. But in that moment between thought and speech, something mysterious occurs: a terrible wordless gap into which Ash falls helplessly, recovering only as the concerned faces of friends and family shock him into focus. Later, still unsettled as he sorts through his father’s belongings, Ash discovers a partially completed and baffling work of fiction set in what seems to be Kashmir. Reading his father’s words, Ash feels compelled to know more about this ancestral land—and yet he resists the impulse to visit, loathe to be a cliché, chasing self-discovery in a war-torn homeland. But Ash’s childhood friend Matt—pothead, massage therapy student and self-described “maker of memories”—has no such hesitations and goes in Ash’s place . . . with unexpected and excruciating results. Soon, Ash is forced to rescue Matt by following him to India—where he experiences a second alarming gap, one that echoes and amplifies the mysterious “fugue state” with which the novel began.

Fugue States is at once a parody of clueless tourism; a knowing, uneasy look at contemporary masculinity; and a surprisingly poignant tale about the deep inchoate melancholy that abides in people who, like Ash and his father, and even Matt-the-fool, have never felt completely at home in the world.

WINNER OF THE HAMILTON LITERARY AWARDS FOR FICTION

“What starts as a critique of Canadian culture through the lens of a second-generation family becomes a funny, brutal and strange commentary on the relationship between power and storytelling.” —David B. Hobbs, The Globe and Mail
“An absorbing and intriguing tale about grief, male friendship and masculinity.” —Chatelaine

“Malla’s writing is a perfect mix of entertaining and edgy.” —Claire Cameron, author of The Last Neanderthal

“Outlandish and over the top, sorrowful and entertaining at the same time, Fugue States is a thought-provoking exploration of the first-generation Canadian experience.” —Dene Moore, Toronto Star

“I can’t wait to dive into Pasha Malla’s latest novel, Fugue States, as I think he’s one of the more irreverent, inventive and daring minds [writing] fiction today.” —Stacey May Fowles, author of Baseball Life Advice: Loving the Game That Saved Me

“[Fugue States] is an exercise in confronting tropes and archetypes head on.” —Aparita Bhandari, NOW