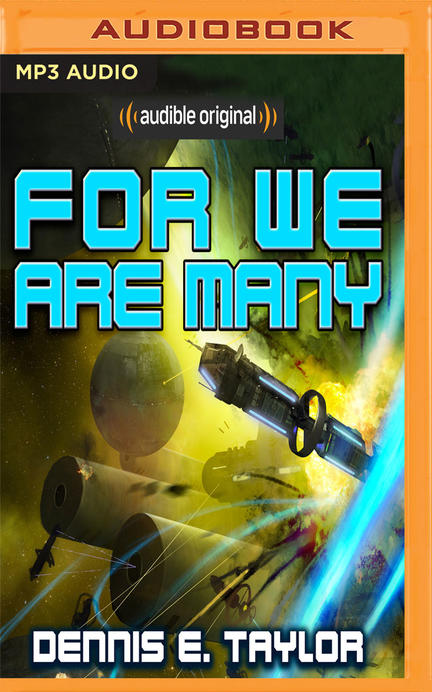 The highly anticipated sequel to Audible's Best of 2016 - Science Fiction winner, We Are Legion (We Are Bob); a book listeners are calling "so much fun", "what science fiction was meant to be", and what would happen if "Andy Weir and Ernest Cline had a lovechild".

Bob Johansson didn't believe in an afterlife, so waking up after being killed in a car accident was a shock. To add to the surprise, he is now a sentient computer and the controlling intelligence for a Von Neumann probe.

Bob and his copies have been spreading out from Earth for 40 years now, looking for habitable planets. But that's the only part of the plan that's still in one piece. A system-wide war has killed off 99.9 percent of the human race; nuclear winter is slowly making the Earth uninhabitable; a radical group wants to finish the job on the remnants of humanity; the Brazilian space probes are still out there, still trying to blow up the competition; and the Bobs have discovered a spacefaring species that sees all other life as food.

Bob left Earth anticipating a life of exploration and blissful solitude. Instead he's become a sky god to a primitive native species, the only hope for getting humanity to a new home, and possibly the only thing that can prevent every living thing in the local sphere from ending up as dinner.

Listener favorite Ray Porter returns to narrate Bob - and his many incarnations - in all of their geeky glory.