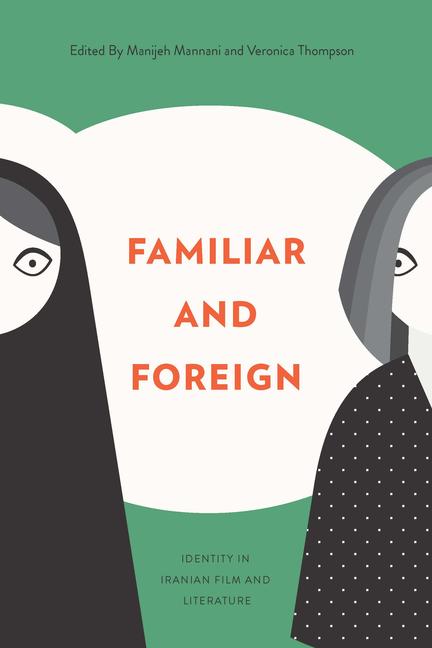 The current political climate of confrontation between Islamist regimes and Western governments has resulted in the proliferation of essentialist perceptions of Iran and Iranians in the West. Such perceptions do not reflect the complex evolution of Iranian identity that occurred in the years following the Constitutional Revolution (1906–11) and the anti-imperialist Islamic Revolution of 1979. Despite the Iranian government’s determined pursuance of anti-Western policies and strict conformity to religious principles, the film and literature of Iran reflect the clash between a nostalgic pride in Persian tradition and an apparent infatuation with a more Eurocentric modernity. In Familiar and Foreign, Mannani and Thompson set out to explore the tensions surrounding the ongoing formulation of Iranian identity by bringing together essays on poetry, novels, memoir, and films. These include both canonical and less widely theorized texts, as well as works of literature written in English by authors living in diaspora.

Challenging neocolonialist stereotypes, these critical excursions into Iranian literature and film reveal the limitations of collective identity as it has been configured within and outside of Iran. Through the examination of works by, among others, the iconic female poet Forugh Farrokhzad, the expatriate author Goli Taraqqi, the controversial memoirist Azar Nafisi, and the graphic novelist Marjane Satrapi, author of Persepolis, this volume engages with the complex and contested discourses of religion, patriarchy, and politics that are the contemporary product of Iran’s long and revolutionary history.

Manijeh Mannani is chair of the Centre for Humanities and associate professor of English and comparative literature at Athabasca University, as well as adjunct professor of comparative literature at the University of Alberta. She specializes in the poetry of Rumi and is the author of Divine Deviants: The Dialectics of Devotion in the Poetry of Donne and Rumi. She is also the co-editor of Selves and Subjectivities: Reflections on Canadian Arts and Culture.

Veronica Thompson is associate professor of English and dean of the Faculty of Humanities and Social Sciences at Athabasca University. Her research interests include Canadian and Australian literatures, postcolonial literatures and theories, and women’s literature and feminist theory. She is currently researching representations of terrorism in postcolonial literature. She is also the co-editor of Selves and Subjectivities: Reflections on Canadian Arts and Culture.

Other titles by Manijeh Mannani

Alberta Oil and the Decline of Democracy in Canada

Other titles by Veronica Thompson