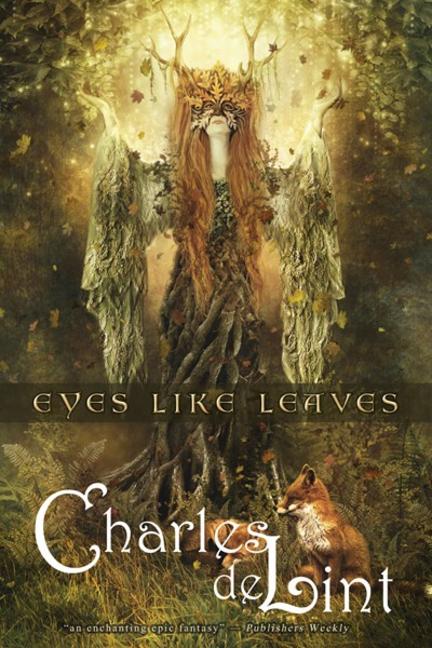 This early Charles de Lint novel?previously unavailable in a paperback edition?is a stirring epic fantasy of Celtic and Nordic mythology along with swords and sorcery.

In the Green Isles, the summer magic is waning. Snake ships pillage the coastal towns, and the evil Icelord encases the verdant lands in a permanent frost. A mysterious old wizard prepares to mount one last defense of the Isles, hurrying to instruct his inexperienced apprentice in the art of shape-changing. In a desperate race to awaken the Summerlord, the newfound mage gathers a few remaining allies, including a seemingly ordinary young woman and her protective adoptive family. Mercilessly pursued by the Icelord’s army of stormkin, they flee north to the seat of the Summerlord’s power.

But the revelation of a family betrayal leads to new treachery?and time is running short for the Summerborn.

?This is classic high fantasy, written and revised by a master, unpublished when first completed some thirty years ago because de Lint decided to focus on contemporary fantasy stories and let it languish. It is a must for de Lint completists and, actually, for all high-fantasy and folkloristic fiction fans.”
?Booklist

?Eyes Like Leaves is well-paced, and the action scenes flash with energy. Charles de Lint shows signs of the bardic gift in his ability to make scenes come alive....”
?Fantasy Literature

?Eyes Like Leaves is a captivating book. 4.5 out of 5 stars.”
?Bibliophile Book Blog

?If you are a fan of de Lint, Eyes Like Leaves should definitely become part of your collection. New to de Lint and like high fantasy? You should certainly give it a try.”
?Little Red Reviewer