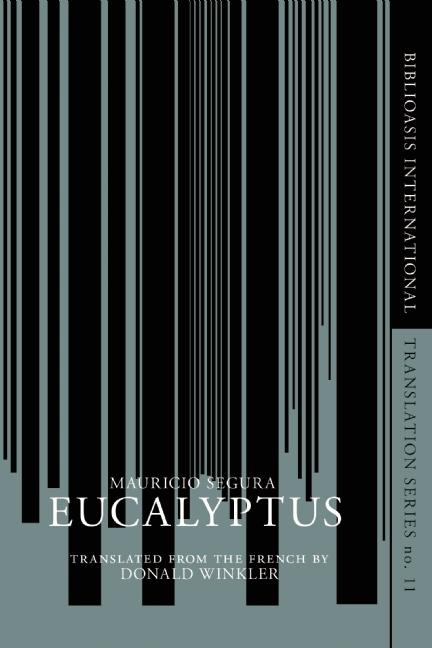 Alberto Ventura has travelled to Chile to attend the funeral of his father, Roberto. A man hated and loved both by his family and the local people, Roberto was known in the village as an enigma, a rake, a controversial boss, and a quick-tempered thug. It's said that he has destroyed the family land by mass-farming&nbspeucalyptus trees, and he's known to have killed a local boy in a fit of rage. Yet as Alberto delves into the rumours that obscure his father's death-was it natural causes, vengeance, murder, or self-sacrifice?-he finds the reputation at stake is his own.

In a breath-catching story of race and identity, rife with Chile's centuries-old tension between natives and local landowners, Mauricio Segura's&nbspEucalyptus&nbspinvestigates the flashpoint of one village community in an expanding world.

"Well-executed, with a cinematic quality and keen visual sense...Segura locates the political through the personal in a way that is uncommon."-Stephen Sparks, Green Apple Books

"A solid novelist of infallible instincts."-L'Actualité"

Mauricio Segura was born in Temuco, Chile in 1969 and immigrated to Quebec with his parents as a child. He studied economics at the Université de Montréal and French literature at McGill University. The author of two novels and a book about French perceptions of Latin America, Segura lives in Montreal, where he is well known as a journalist and commentator on immigrant issues.

The book, originally written in French, is about a Chilean-Canadian man who has returned to his native country to bury his father. Perhaps this international hopscotch begins to describe the magic I felt when opening Eucalyptus...a beautiful book. - A Geography of Reading

"Briskly paced...The short novel reflects on the vital relation of exile (from one's country, as well as one's past) to such redemptive modes as love, atonement, and belonging. The fulfillment of Alberto's questto understand his father squares with Segura's strong affirmation of charity and compassion, virtues capable of healing troubled pasts." - The Montreal Review of Books

"Segura writes with a poetic economy of language, using very few words to create meaningful images ... Winkler's masterful translation is so seamless, readers will think that the novel was writtenin English ... Segura's novel and his original voice are important additions to the Canadian canon." - Publisher's Weekly

"Ably translated, well-paced, teeming with interesting characters that often speak for whole chapters, and written in a prose that is both lucid and hallucinatory, Eucalyptus is a remarkable, thought-provoking novel with the accessibility of a page-turner." - The Rover

Other titles by Mauricio Segura