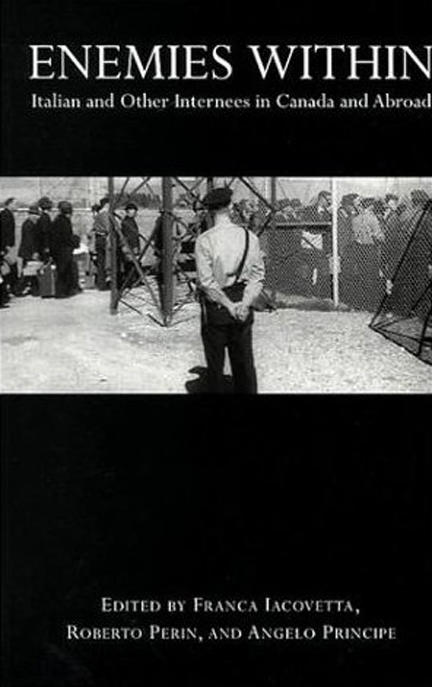 In the recent campaign led by the National Congress of Italian Canadians to gain redress for compatriots interned during the Second World War, leaders claimed that the Canadian state had waged a 'war against ethnicity.' Their version of history, argue the editors, drew on selective evidence and glossed over the fascist past of some Italian Canadians.

The editors have assembled scholars who, while having diverse views, seek to stimulate informed debate. Enemies Within is the first study of its kind to examine not only the formulation and uneven implementation of internment policy, but the social and gender history of internment. It brings together national and international perspectives. The book offers differing interpretations of Italian internment in Canada, the United Kingdom, the United States, and Australia. It invites comparisons between Italian Canadians and Canada's other internees, including Communists, German Canadians, Ukrainian Canadians and Jewish refugees. Contemporary redress campaigns are examined. Masculinity, female internees, Communist women's release politics, and memory culture are some of the little-studied subjects that also receive attention.

This book contains photographs never before seen. A general introduction and four section introductions provide valuable background to the issues being discussed.

Franca Iacovetta is a professor of history at the University of Toronto. A feminist, labour, gender, and migration historian, she is the author of several books on Canadian social history.

ROBERTO PERIN is an associate professor of history at Atkinson College. He is the author of Rome in Canada and co-editor of Get Ready to Arrangiarsi: The Italian Immigrant Experience in Canada.

Angelo Principe teaches part-time at York University and the University of Toronto.

Other titles by Franca Iacovetta

A Nation of Immigrants

Towards a Canadian Food History

Italian Workers of the World

Other titles by Roberto Perin

The Many Rooms of this House

Diversity in Toronto's Places of Worship Since 1840

Negotiating with a Sovereign Quebec

The Vatican and Canadian Affairs in the Late Victorian Age

Other titles by Angelo Principe

The Darkest Side Of The Fascist Years