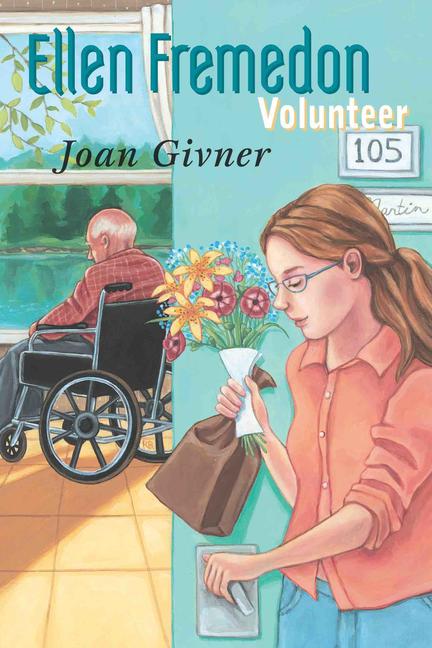 Thirteen-year-old Ellen Fremedon is not looking forward to summer. Her best friend Jenny is going away to art school, and none of her usual projects seem like very much fun anymore. She isn't thrilled when she considers all the ways she could spend her time: hanging out with her obnoxious twin brothers, reading to the brats in the summer reading program at the library, gardening for her fussy neighbors, or maybe taking on some more chores at home since the housekeeper has left and her wheelchair-bound mother suffers from multiple sclerosis.

Things look bad for Ellen, and then, to add insult to injury, she's roped into visiting the senior citizens at Peacehaven, the local retirement home. But the experience proves to be far from boring when she meets her match in Mr. Martin, a blind, rude old man who is even crankier than Ellen. Maybe summer won't be a complete bust after all.

...the sensitive, thoughtful, and at times humorous story of a teenager's unwitting journey of self discovery...Readers...who have messy rooms and huge library fines, who have a weakness for raspberry smoothies and double-dip cones, who feel parents and adults pick on them, who have ever washed their jeans with a book certificate prize in the pocket, or who don't like how they look in photographs will identify and connect with Ellen.

Ellen is a great character...articulate, thoughtful, inquisitive and sensitive.

The strongest quality of this book is its characterization of Ellen. Her imperfections...make her likeable, while her more serious woes, such as her multiple sclerosis and her family's poverty, give her depth.

...In [the] third book, in what can only hope is to be an extended series - a baker's dozen, perhaps? - Ellen returns as she began, an original, a most appealing one, and a burgeoning social activist. She is deftly drawn, as is the supporting cast of characters.

Givner writes with verve and humour...clever, thoughtful and sees life from a kid's-eye view.

...an excellent resource for teachers to use when talking about the benefits of volunteering...

This latest offering about Ellen brims with intriguing characters whose ordinary exteriors stand in sharp contrast to their back stories...This story can stand alone, and should be popular with readers looking for a thoughtful mystery.

Ellen Fremedon, Volunteer is Joan Givner’s third book about the independent, plucky, and socially-conscious heroine whose imperfections make her all the more likeable. When her best friend, Jenny, heads off to art school in Saskatchewan, Ellen anticipates a boring summer at home in Partridge Cove, BC. With nothing else to do, she reluctantly accompanies her teacher on a visit to a senior citizens’ home where she befriends a blind and crochety resident named Mr. Martin. Of her own volition, she begins to visit the facility regularly and runs various errands for its residents. Emotionally attached to the home, Ellen speaks out when she learns about the government’s decision to shut it down. At the same time, Ellen befriends the initially unlikeable Dimsie Fairchild who is spending the summer with her grandmother. The girls break into a locked closet full of clothing and accessories belonging to Dimsie’s mother and they sift their way through the contents to learn what she was like and what may have really become of her.

Givner offers plenty of humourous dialogue (“That’s not tea,” he said. “It’s pig swill...”) and happenings – such as Ellen’s twin brothers’ incessant talk about illness and disease inspired by their recently-acquired medical dictionary. She also gives readers the following message on which to reflect: when you don’t have a favourable first impression of someone, it is worth trying to get to know the person. He or she just might start to grow on you – as Ellen finds with Mr. Martin and Dimsie.

During her summer vacation, Ellen gets roped into visiting seniors at the local retirement home. The task turns out to be far from boring when she meets her match in Mr. Martin.