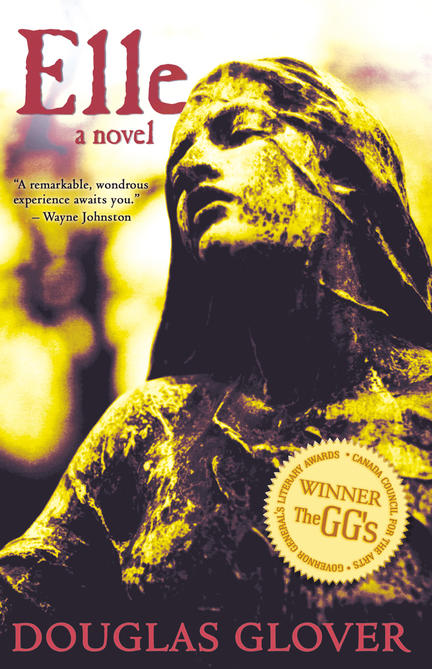 Imagine a 16th-century society belle turned Robinson Crusoe, a female Don Quixote with an Inuit Sancho Panza, and you'll have an inkling of what's in store in Douglas Glover's outrageously Rabelaisian new novel — his first in ten years. Elle is a lusty, subversive riff on the discovery of the New World, the moment of first contact. Based on a true story, Elle chronicles the ordeals and adventures of a young French woman marooned on the desolate Isle of Demons during Jacques Cartier's ill-fated third and last attempt to colonize Canada. Of course, the plot is only the beginning. The bare outline is a true story: the Sieur de Roberval did abandon his unruly young niece, her lover, and her nurse on the Isle of Demons; her companions and her newborn baby did die; and she was indeed rescued and taken home to France. Beyond that, Glover's Rabelaisian imagination takes over. What with real bears, spirit bears, and perhaps hallucinated bears, with mystified and mystifying Natives, with the residue of a somewhat lurid religious faith, and with a world of self-preserving belligerence, the voluble heroine of Elle does more than survive. Elle brilliantly reinvents the beginnings of this country's history: what Canada meant to the early European adventurers, what these Europeans meant to Canada's original inhabitants, and the terrible failure of the two worlds to recognize each other as human. In a carnal whirlwind of myth and story, of death, lust and love, of beauty and hilarity, Glover brings the past violently and unexpectedly into the present. In Elle, Glover's well-known scatological realism, exuberant violence, and dark, unsettling humour give history a thoroughly modern chill.

"A historical novel with a postmodern heart . . . Elle occupies a frozen nether world between fantasy and reality." — Winnipeg Free Press

"A wickedly smart narrative and a post-modern, wise-cracking approach to history." — Calgary Herald

"A boisterously bawdy re-dreaming of the birth of the nation." — Kitchener-Waterloo Record

"[Elle is] a maginificent hail Mary of pure imagination . . . a ribald, raunchy wit with a talent for searing self-investigation . . . Glover's prose throughout, while being consistent in voice, is also a rich blend of elegance and punch, raw affect and slippery allusion." — Globe and Mail

"Douglas Glover imagines our history as no one else can . . . Equal to Solomon Gursky in its contribution to Canadian mythography." — Toronto Star