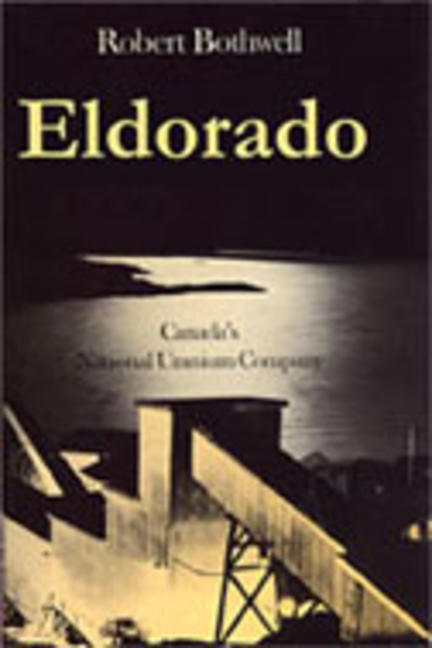 On 16 May 1930, Gilbert LaBine discovered pitchblende near the shores of Great Bear Lake in the Northwest Territories. This is the story of Eldorado and the mine whose discovery marked the beginning of Canada's uranium industry.

Robert Bothwell tells how Gilbert and Charlie LaBine, veteran Canadian prospectors, promoted and developed Eldorado Gold Mins Limited to produce radium. Thought to be the miracle cure for cancer, the rare mineral had a market price at the time of $75,000 per gram. Riches seemed a certainty and the company established a radium refinery at Port Hope, Ontario, in 1933.

But manipulation of the market, the physical challenge of taking men and supplies into Port Radium, NWT, and the difficulties in extracting radium from ore at Port Hope prevented them from realizing that imagined wealth. Along the way, the LaBine brothers had become entangled with international radium interests in Belgium, and at a crucial moment the Belgian cut the price to $25,000 per gram. The LaBine enterprise was on the verge of bankruptcy. But the Port Radium mine's pitchblende also contained uranium. In the wartime race to split the uranium atom, scientists from North America and Europe discovered its immense engery potential. The uranium that had been Eldorado's waste became its survival. In 1942, the U.S. Army contracted to buy all the uranium the company could mine and refine. The political and economic significance of the U.S. contract attracted the attention of the Canadian government in the person of C.D. Howe. Eldorado became a crown corporation in 1942, the secret sale of the company to the federal government making millionaires of the LaBine brothes.

Only after the war did Eldorado make a profit, when the Cold War accelerated and a whole industry grew up in Canada around uranium production. Uranium became Canada's largest and most profitable mineral export. 'While the going was good, it was very good indeed,' says the author, but in 1959 the Americans and later the British decided not to renew their Canadian contracts. The bottom dropped out of the uranium markets, just as it had dropped out of the radium market 20 years earlier.

Eldorado negotiated with Canada's allies to stretchout deliveries under the expiring contracts, mainting the Canadian industry until markets for the peaceful use of uranium in the generation of electricity could be developed. However, the cost of waiting was high: in the early 1960s, mines were closed and miners were out of work.

Robert Bothwell, one of Canada's foremost historians, has told the Eldorado story with colour and drama. He has captured the excitement of frontier resource development in the 1930s and the intrigue of international politics in the 1940s and 1950s. Eldorado covers the company's history until 1960, when the crown corporation turned to the generation of electricity as the market for its products and services.

Robert Bothwell is professor of history and director of the International Relations Program at the University of Toronto.Jean Daudelin is assistant professor at The Norman Paterson School of International Affairs, Carleton University.

Other titles by Robert Bothwell

Whose Man in Havana?

Adventures from the Far Side of Diplomacy

Your Country, My Country

A Unified History of the United States and Canada

A Traveller's History of Canada

The Politics of Partnership