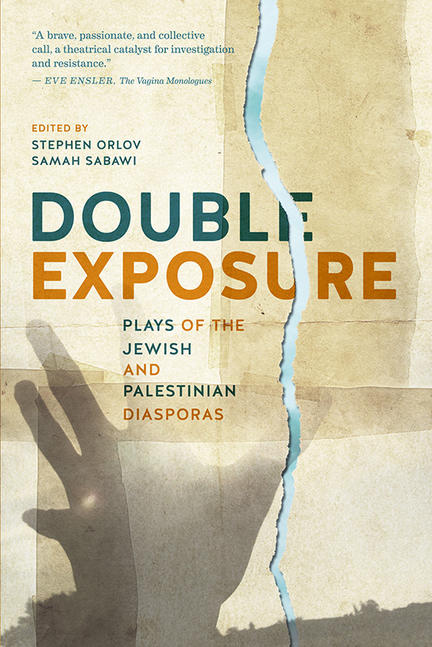 Featuring compelling interviews with each playwright and introductions by acclaimed dramatists Karen Hartman and Betty Shamieh, this volume of seven plays—three by Jewish playwrights, three by Palestinian playwrights, and a collaboration by both—tackles one of the remaining thematic taboos for many theatres in the Western world. Varying in genre between drama and comedy, in aesthetic between realism and surrealism, in setting between the Diasporas and Israel/Palestine, and in the political opinions of characters, Double Exposure offers distinct Diaspora perspectives that turn the political into the personal. This collection includes The Peace Maker by Natasha Greenblatt; Sabra Falling by Ismail Khalidi; Bitterenders by Hannah Khalil; Facts by Arthur Milner; Sperm Count by Stephen Orlov; Tales of a City by the Sea by Samah Sabawi; and Twenty-One Positions: A Cartographic Dream of the Middle East by Abdelfattah AbuSrour, Lisa Schlesinger, and Naomi Wallace.

Stephen Orlov is an award-winning dramatist whose plays have been showcased in such major theatre centres as Montreal, Chicago, and London. Stephen co-edited with Palestinian playwright and poet, Samah Sabawi, Double Exposure: Plays of the Jewish and Palestinian Diasporas, the first English-language anthology worldwide in any genre of drama, prose or poetry by Jewish and Palestinian writers. His play Sperm Count was published in Double Exposure, which won the biennial Patrick O'Neill Award for best Canadian play anthology of 2016 and 2017. Stephen’s other plays include Isolated Incident (with Rahul Varma), Salaam-Shalom, Bow Ties: A Dramatic Encounter between Words and Music (with Karen Kaderavek), and Freeze, his box office hit at Montreal’s Centaur Theatre, published in 2016 by Guernica Editions. Teesri Duniya Theatre will stage in November of 2018 the world premiere of his new play, Birthmark, and

Samah Sabawi is a Palestinian-Australian-Canadian playwright and poet. Her plays Cries from the Land and Three Wishes had successful runs in Canada, and Tales of a City by the Sea enjoyed a sold-out world premiere run at Melbourne’s La Mama Theatre in Australia, an Arabic premiere at the Alrowwad Cultural and Theatre Society in Palestine, and was selected for the Victorian Certificate of Education Drama and Theatre Studies Playlist, 2016. Sabawi’s poems feature in anthologies including With Our Eyes Wide Open (West End Press, 2014), Gaza Unsilenced (Just World Books, 2015), and I remember my name (novum publishing, 2016). In 2016 Sabawi received an Australian Postgraduate Award to undertake a PhD by creative project at Victoria University.