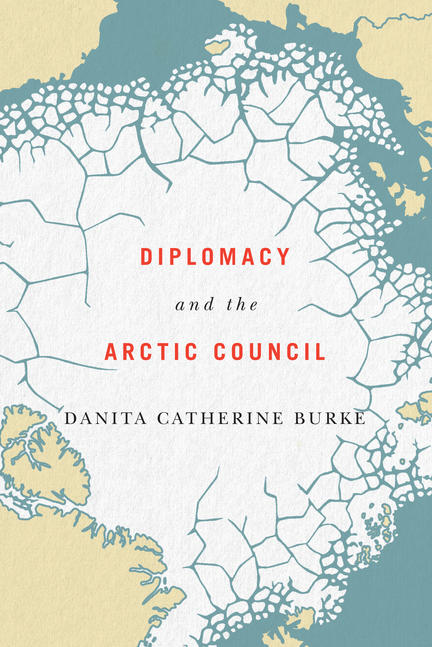 The Arctic Council, created in 1996, has facilitated over twenty years of successful democracy and regional cooperation between Russia and the seven other Arctic states – the United States, Canada, Norway, Denmark, Iceland, Sweden, and Finland. What has allowed this unity to continue despite political turmoil between these nations?

In Diplomacy and the Arctic Council Danita Burke argues that the Arctic Council is a club: a group of states that mutually benefit from voluntary collaboration and that use the forum as a vessel to help define and guide the parameters of their cooperation. How the club members identify and address challenges reflects power relations among them, which vary depending on the topic under discussion or debate. Providing insight into the daily practices of the Arctic Council and the relative status of its member states, Burke seeks to understand why major international events, such as the 2014 Russian-Ukrainian conflict over the Crimea region, do not deter the Arctic countries from cooperating. The author posits that the Arctic Council's club structure and its strategy of practising and projecting unity have allowed it to weather the storm of international conflicts involving its core membership.

Through interviews with representatives from the Arctic states and Indigenous peoples, Diplomacy and the Arctic Council offers a unique look into the diplomatic practices of the council after more than two decades of operation.

Danita Catherine Burke is a Marie Sklodowska-Curie Individual Fellow at the University of Southern Denmark.