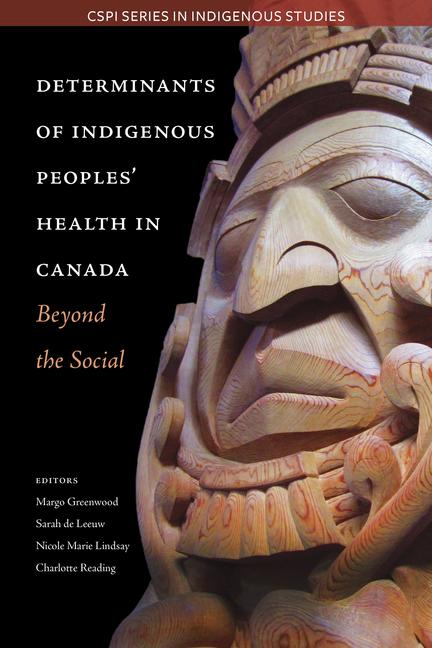 The health disparities affecting Indigenous peoples in Canada might well be understood as a national epidemic. Although progress has been made in the last decade towards both understanding and ameliorating Indigenous health inequalities, very little research or writing has expanded a social determinants of health framework to account for the unique histories and present realities of Indigenous peoples in this country. This timely edited collection addresses this significant knowledge gap, exploring the ways that multiple health determinants beyond the social—from colonialism to geography, from economy to biology—converge to impact the health status of Indigenous peoples in Canada.This unique collection, comprised largely of contributions by Indigenous authors, offers the voices and expertise of First Nations, Inuit, and Metis writers from across Canada. The multitude of health determinants of Indigenous peoples are considered in a selection of chapters that range from scholarly papers by research experts in the field, to reflective essays by Indigenous leaders. Appropriate throughout a range of disciplines, including Health Studies, Indigenous Studies, Public and Population Health, Community Health Sciences, Medicine, Nursing, and Social Work, this engaging text broadens the social determinants of health framework to better understand health inequality. Most importantly, it does so by placing front and center the voices and experiences of Indigenous peoples.

Margo Greenwood is a Professor of Education and First Nations Studies at the University of Northern British Columbia, an Academic Leader at the National Collaborating Centre for Aboriginal Health, and the Vice President of Aboriginal Health with the Northern Health Authority.

Sarah de Leeuw holds a Ph.D. in historical-cultural geography and is currently an Associate Professor with the Northern Medical Program at UNBC, the Faculty of Medicine at the University of British Columbia, where she works in medical humanities and the determinants of marginalized peoples' health.

De Leeuw grew up on Vancouver Island and Haida Gwaii (The Queen CharLotte Islands), the lived in Terrace, BC. She earned a BFA from the University of Victoria, after which she spent time teaching English in South Korea. She also worked as a tug boat driver, women's centre coordinator, logging camp cook, and a journalist and correspondent for Connections Magazine and CBC Radio's BC Almanac. She returned to Northern BC after spending four years in Ontario and another year in Arizona as a visiting Fulbright Scholar with the University of Arizona.

Her first book, Unmarked, was published in 2004. Her second, Geographies of a Lover, arrived in Spring 2012 and won the Dorothy Livesay Poetry Prize for the best book of poetry in British Columbia that year. For two consecutive years, Sarah de Leeuw was honoured in the Creative Nonfiction category of the CBC Literary Awards, winning first place for "Quick-quick. Slow. Slow." in 2010. In 2013, her essay "Soft Shoulder" earned a Western Magazine Gold Award.

She currently divides her time between Prince George and Kelowna, BC.

Nicole Marie Lindsay is a Doctoral Candidate in the School of Communication at Simon Fraser University and a Research Associate at the National Collaborating Centre for Aboriginal Health.

Charlotte Reading is a Professor in the School of Public Health and Social Policy at the University of Victoria and the Director of the Centre for Aboriginal Health Research.

"This book offers new light, questioning our views about social determinants of health among Indigenous peoples in Canada. It is a creative text that I highly recommend."
—Javier Mignone, Department of Family Social Sciences, University of Manitoba

"This book provides a welcome corrective to mainstream writings that present simplistic and essentialist views of both culture and Indigenous status and how these operate to influence the health and wellbeing of Indigenous peoples. It is an ideal text for students, faculty, and practitioners across a range of disciplines concerned with health equity."
—M. Star Mahara, School of Nursing, Thompson Rivers University

"Determinants of Indigenous Peoples’ Health in Canada is a timely resource for educators of future health care professionals, policy-makers, and researchers through the use of transformative knowledge acquisition and application from Indigenous (two-eyed seeing) paradigms, while providing a thoughtful critique of Western discourse and its limitations when discussing Indigenous peoples’ health in Canada."—Danielle N. Soucy, Aboriginal Students Health Sciences, McMaster University

Other titles by Margo Greenwood

Other titles by Sarah de Leeuw

Geographies of a Lover

Other titles by Nicole Marie Lindsay