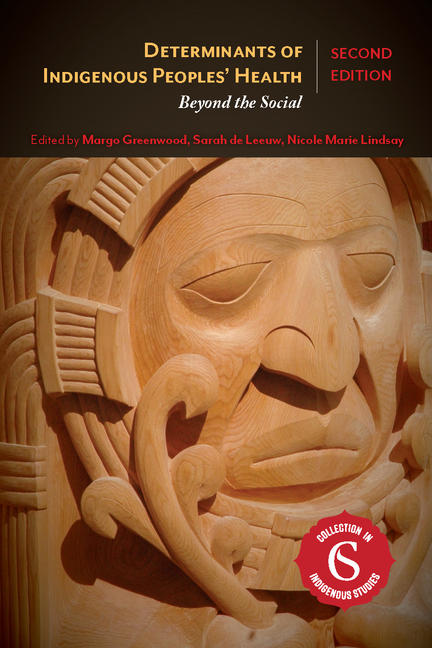 Now in its second edition, this collection explores how multiple health determinants, such as colonialism, gender, culture, early childhood development, the environment, geography, HIV/AIDS, medicine, and policy, impact the health status of Indigenous peoples in Canada. Grounded in expert voices of First Nations, Inuit, and Métis writers from coast to coast, this updated edition includes a chapter on environment and land defense; a foreword written by Dr. Evan Adams, Chief Medical Officer of the First Nations Health Authority; chapters by Liz Howard and Helen Knott, Indigenous poets; and an updated arrangement that reflects the significant social and political events that dominated headlines over the last two years, such as the protests at Standing Rock, North Dakota, the US national election of 2016, the Indigenous youth suicide epidemic, and the enquiry into murdered and missing Indigenous women and girls in Canada. This revolutionary book is appropriate for undergraduate and graduate students enrolled in courses on health, public and population health, community health sciences, medicine, nursing, and social work.

Margo Greenwood is a Professor of Education and First Nations Studies at the University of Northern British Columbia, an Academic Leader at the National Collaborating Centre for Aboriginal Health, and the Vice President of Aboriginal Health with the Northern Health Authority.

Sarah de Leeuw holds a Ph.D. in historical-cultural geography and is currently an Associate Professor with the Northern Medical Program at UNBC, the Faculty of Medicine at the University of British Columbia, where she works in medical humanities and the determinants of marginalized peoples' health.

De Leeuw grew up on Vancouver Island and Haida Gwaii (The Queen CharLotte Islands), the lived in Terrace, BC. She earned a BFA from the University of Victoria, after which she spent time teaching English in South Korea. She also worked as a tug boat driver, women's centre coordinator, logging camp cook, and a journalist and correspondent for Connections Magazine and CBC Radio's BC Almanac. She returned to Northern BC after spending four years in Ontario and another year in Arizona as a visiting Fulbright Scholar with the University of Arizona.

Her first book, Unmarked, was published in 2004. Her second, Geographies of a Lover, arrived in Spring 2012 and won the Dorothy Livesay Poetry Prize for the best book of poetry in British Columbia that year. For two consecutive years, Sarah de Leeuw was honoured in the Creative Nonfiction category of the CBC Literary Awards, winning first place for "Quick-quick. Slow. Slow." in 2010. In 2013, her essay "Soft Shoulder" earned a Western Magazine Gold Award.

She currently divides her time between Prince George and Kelowna, BC.

Nicole Marie Lindsay is a Doctoral Candidate in the School of Communication at Simon Fraser University and a Research Associate at the National Collaborating Centre for Aboriginal Health.

Praise for the first edition:

“Determinants of Indigenous Peoples’ Health in Canada is a remarkable text, beautifully woven from authentic stories with current academic knowledge and impeccable wisdom.”

Other titles by Margo Greenwood

Other titles by Sarah de Leeuw

Geographies of a Lover

Other titles by Nicole Marie Lindsay