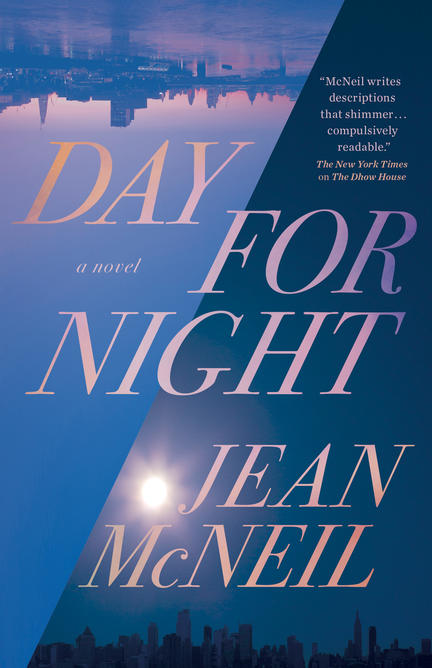 From the author of Ice Diaries, winner of the Banff Mountain Film and Book Festival Grand Prize, praised by the New York Times as “stunningly written,” and a Guardian Best Book of 2018

Set in the throes of Brexit-era London, Day for Night is an unflinching exploration of desire, gender, and history, in which a married filmmaking duo seeks to tell the tragic story of 1940s German Jewish intellectual Walter Benjamin, while their own relationship and nation are imploding behind the camera in real-time

Richard Cottar is a respected independent film writer and director; his wife, Joanna, is his increasingly successful and wealthy producer. Together they are about to embark on a film about the life of Walter Benjamin, the German Jewish intellectual who killed himself in northern Spain while on the run from the Nazis in 1940. In what looks set to be the last year of Britain’s membership of the European Union, Benjamin’s story of exile and statelessness is more relevant than ever. But Richard and Joanna’s symbiotic life takes a sudden turn when they cast an intelligent, sexually ambiguous young actor in the role of Walter Benjamin. In a climate of fear and a bizarre, superheated year redolent of sex and hidden desire, Richard and Joanna must confront their relationship, Benjamin’s tragic history, and the future of their country.

Taking its cue from Virginia Woolf’s Orlando, Day for Night is an unsettling, riveting story of reversals — of gender, power, and history.

Excerpt: Day for Night: A Novel (by (author) Jean McNeil)

Each time I set out to make a film I am starting all over again. I remember the films I have made as dreams, or fugue states, too intense and painful to bear. But once they are over, all I can think about is: how do I get back there, wherever there is.

Any film begins to assemble itself long in advance, on the outer edge of an intuition. Being a director at this stage is like being a woman who is only beginning to think of becoming pregnant. It begins as a nudge, an idea of itself first, a galactic child nagging you to yank it out of oblivion.

Four years ago I went to Portbou for the first time, and remembered who had died there, and what it meant. In that strange place –narrow streets truncated by mountains or by the sea, the devouring lurid perspective of the place – a new child was born.

I wondered why his life had never been filmed.

When I first floated the idea, Joanna said: that film’s been done, intellectuals, Holocaust, Nazis shouting “Raus!” We’re living through an eruption of neo-fascism now. Shouldn’t you write a story of our times instead of treading over well-worn ground?

“Well-worn ground is the best kind of ground.”

“What kind of budget are we talking?” she snaps.

“Too –” Joanna’s hand flatlines just beneath her nose – her habitual gesture of the task of balancing artistic inspiration with the likelihood of financing – “low. And anyway, who would watch a film about a hapless Jewish intellectual everyone pretends to understand when actually no-one has the faintest what he was writing about?”

I would, I think. And it’s too late, in any event. He – Walter Benjamin – is already here with me, his serge overcoat, its cuffs rubbed so clean they look like coils, his copper eyes luring me into the livid dimension of the resurrected.

“Set in 2018, on the eve of Brexit, the novel offers a play of light and dark figures as it moves from the art of filmmaking to Benjamin’s sense of stateless and impending doom, which finds an echo in Richard and Joanna’s foreboding about their marriage and the consequences of Brexit. A captivating mix of angst and wry humor.” — Library Journal

“McNeil’s writing is spare and lush at the same time … the book invites us to look at our darkness and how we can channel it into something that at least mimics lightness to the world watching.” — Quill & Quire, starred

“Evocatively written … Taking its title from a cinematic technique in which night scenes can be filmed during daylight, the novel is also acute in its descriptions of films and filmmaking, capturing the intensity and strange intimacy of film shoots.” — Winnipeg Free Press

“Day For Night hooked me from its first gorgeous lines, striking evocative prose, marvellous sentences that swept me along much in the way of Virginia Woolf’s Street Haunting … It’s a rich and satisfying project.” — Pickle Me This blog

“In Day for Night, Jean McNeil has written another in a series of powerful novels, one that draws the reader into a world that is at once familiar but rapidly becoming unrecognizable.” — Miramichi Reader