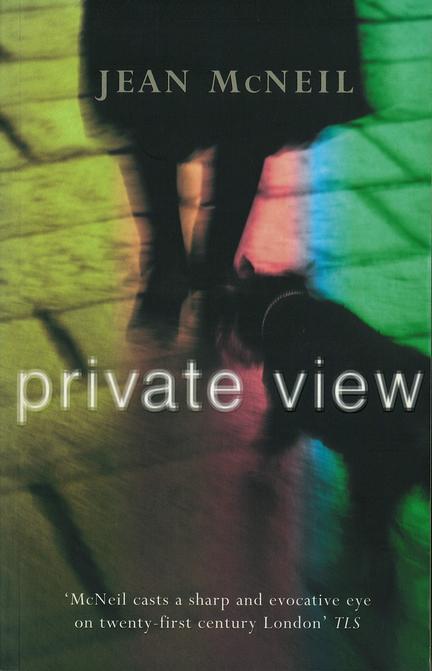 Ghosts, real and imaginary, haunt the pages of Jean McNeil's new novel, set in the lofts and galleries of the contemporary London art world.A catastrophic event deep in the Central American rain forest has robbed Alex of her innocence, her lover, and her belief in herself. Back in Britain, while she tries to pick up the pieces of her life, she finds herself stalked by ghosts, from other people's pasts, and from present too. Edgy, satirical, beautiful, Jean McNeil's lyrical and introspective style is perfectly suited to a tale of modern Bohemia.

"It is a singular pleasure to read McNeil's prose. She has an extraordinary feel for language and on every page she surprises the reader with arresting turns of phrase. . . Private View is a delight to read."

"Jean McNeil writes with a strange mix of irony and dreamy sensuality. . . more a meditation than a narrative, it still manages to satisfy and surprise."

"A strong, clear-headed writer brings freshness and vibrancy to [her] characters. . . complicated, nuanced and crackling with cosmopolitanism"

"Haunting absences lie at the elusive centre of this memorable new novel. . . McNeil casts a sharp and evocative eye on twenty-first-century London. . . a memorable piece of reportage from the psychic spaces of the way we live now."