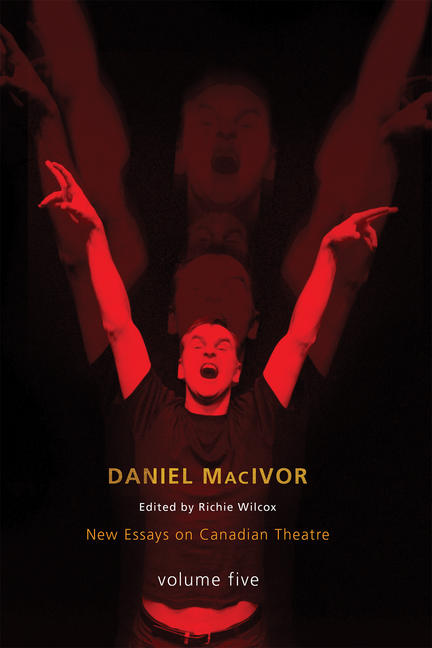 This volume of essays is the first solely dedicated to the work of Daniel MacIvor. It aims to contextualize and analyze the work of this highly prolific theatre artist who is consistently produced and published and yet largely ignored in academia. The compilation features seasoned academics as well as emerging scholars dissecting MacIvor’s repertoire and ranges from a study of dance within his plays, to the branding of his solo shows, to the breakdown of memory within his AIDS play, to the troubled formation of identity in his penned female roles, to biographical performances of Tennessee Williams. The book also features insightful artist statements authored by some of MacIvor’s closest collaborators as well as a contemplation from MacIvor himself on the theory of acting and theatre

Richie Wilcox is a theatre director and scholar. He is currently an instructor at the University of Lethbridge in the drama department. Richie holds an M.A. in Directing from Texas State University and is a Ph.D. candidate at York University. Richie has presented numerous papers on MacIvor’s work at several conferences and directed the world premiere of I, Animal in 2012. He was also the assistant director of the world premiere of MacIvor’s Bingo!