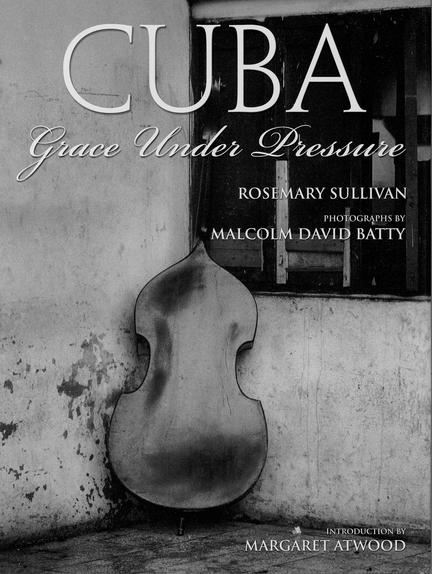 Cuba: Grace Under Pressure turns to Cuba with fresh eyes, suspending the preconceptions, and entering Cuba through its art, its culture and its people. Recording of local life, through the prose of Rosemary Sullivan and the photographs of Malcolm David Batty, Cuba: Grace under Pressure captures the job and fierce independence of a people who clearly love their country.

Malcolm David Batty was an international photographer who worked in Paris, New York, Toronto and Milan. As a musician, adventurer and racontuer with a singular intellect, he used an artist's eye in his career as a photographer to capture the nuances of life.