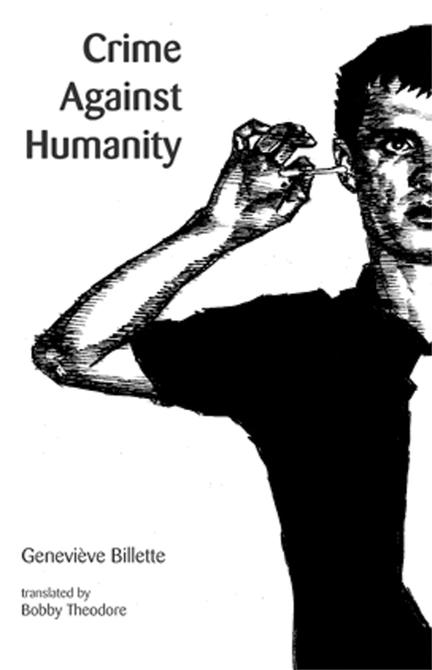 In an industrialistâ??s office, over the course of two hours, a scene is played out which will determine the fate of his companyâ??s growth. Wanting to expand his factory and maximize productionâ??and create three hundred much-needed jobsâ??the Industrialist attempts to buy his neighbour (and employee) Kalrâ??s land. But Kalr isnâ??t easily convinced and the ensuing negotiations turn sour, potentially destroying the Industrialistâ??s family unit.

GeneviÃ¨ve Billette is a graduate of the playwriting program at the National Theatre School of Canada. Her plays produced in Quebec include Crime contre lâ??humanitÃ© (Crime Against Humanity), which was short-listed for the 2000 Governor Generalâ??s Literary Award, Le GoÃ»teur (The Taster), and Le Pays des genoux (The Land of Knees). Her works have also been staged in France, Mexico, Switzerland, and English Canada. Chosen as the protÃ©gÃ©e of Carole FrÃ©chette, the recipient of the 2002 Siminovitch Prize, Ms. Billette won the 2005 Governor Generalâ??s Literary Award for Le Pays des genoux. She has also translated plays by several Mexican playwrights.

Bobby Theodore, a Montreal native, is a graduate of the National Theatre Schoolâ??s playwriting section. His first translation, FranÃ§ois Archambaultâ??s play 15 Seconds, was nominated for a Governor Generalâ??s Literary Award in 2000 and was produced across Canada. Since then, he has gone on to translate more than twelve plays, including the works of Quebecâ??s most talented playwrights. Bobby is currently a resident in the Canadian Film Centreâ??s Prime Time Television program. Bobby also completed a translation of GeneviÃ¨ve Billetteâ??s Le gÃ´uteur,  published by Playwrights Canada Press.

â??A strange, fascinating, and at times unsettling work that rides the line between black humour and a call to rebellion.??
â??Montreal, Voir

â??Layer after layer, a musing on what attracts human beings to powerâ?¦ a black and satirical comedy, written with insight and intelligence.??
â??Montreal, La Presse

â??A seductive Kafkaesque eruptionâ?¦, an acid etched textâ?¦, precise up to the last comma. A play based on metaphor yet still manages to tell a story.??
â??Montreal, La Presse

Other titles by Bobby Theodore

The Law of Gravity

You Will Remember Me