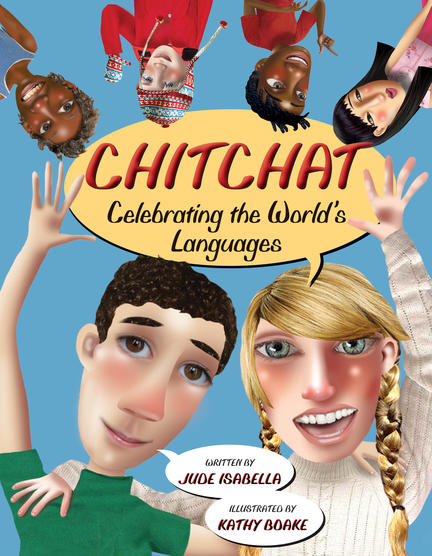 Award-winning children's science writer Jude Isabella has compiled everything a young reader would ever want to know about language into one accessible, visually stunning book. In lively text, both spoken and written language are explored, including: a basic history of human's use of language; how individuals learn language as babies, and why; how writing systems and alphabets differ; the many sources and uses of slang through the years; how languages evolved in different parts of the world; and why some languages became extinct. Throughout the pages, more than fifty world languages are highlighted and children are offered opportunities to try out some phrases. Each separate topic is covered on a two-page spread, making the content manageable and approachable, and each spread is enhanced with bite-size sidebars that relate to or expand upon the information presented. The entire book is colorfully illustrated throughout by Kathy Boake's striking and unique artwork. A child with a strong interest in language could read this book straight through. Mostly, however, it will find use as a reference for any number of classes, from language arts to history to multicultural studies. With the strong focus on understanding and comparing cultures in today's social studies curricula, this book about languages throughout the world offers an interesting and unique way to do that. Simple activities suitable for individuals or groups appear throughout the book. This comprehensive volume is rounded out with essential reference tools, including a table of contents, a glossary and an index.

Jude Isabella has been a journalist for over 20 years, focusing on science, health and the environment. She writes for a diverse audience, from grownups interested in archaeology to young readers interested in space. Jude has written five science books for kids, including Fantastic Feats and Failure, which won the prestigious American Institute of Physics Award. She spent three years researching Salmon and marine biodiversity on Canada's west coast for her master of arts degree in anthropology and writing, resulting in this book. After a dozen or so field trips, she can remove otoliths from juvenile salmon and clean her face in the bush without soap. One of her goals as a science writer is to educate readers that to be human does not mean being hardwired to destroy the environment. There is hope! Jude lives in Victoria, British Columbia.

Kathy Boake is an illustrator and fine artist. Her work has appeared in many publications, such as InStyle, Seventeen, Vancouver, Toronto Life, Outside, Chirp, Chickadee, and Owl magazines. She has won numerous awards from the Art Directors Club of Canada, the Society of Graphic Designers of Canada, and the Western and National Magazine Awards Foundations. She has also illustrated several books, including You Are Weird by Diane Swanson and Chitchat: Celebrating the World’s Languages with Jude Isabella. Kathy lives in White Rock, British Columbia, Canada.

Other titles by Jude Isabella

The Extraordinary Story of One Ordinary Bicycle

Other titles by Kathy Boake

How to Feed a Zoo